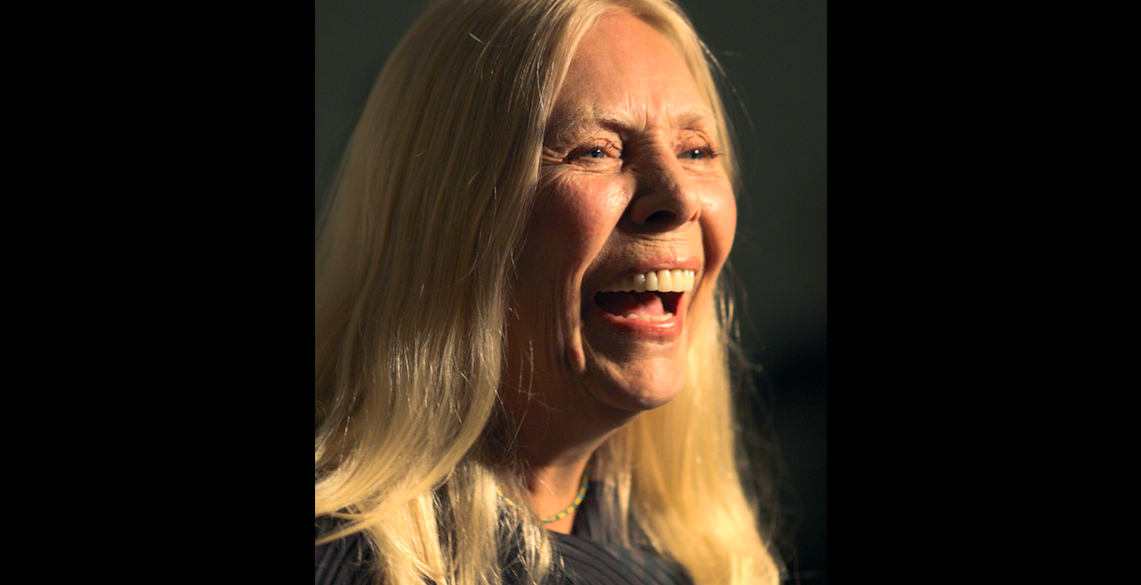 Joni Mitchell’s “Morning Glory on the Vine: Early Songs and Drawings” will be available to the public for the first time on Oct. 22.

Published by Houghton Mifflin Harcourt, the book features reproductions of the Canadian singer’s handwritten lyrics and poems, as well as over 30 full-color watercolor paintings from the 1971 edition.

It will also feature additional works, those that Joni Mitchell intended to include at the time, and a new introduction penned by the artist.

The reprinting coincides with a year-long celebration of Joni Mitchell’s 75th birthday which kicked off late last year.

Last November, the singer-songwriter made a rare public appearance for her tribute concert at the Los Angeles Music Center. The lineup of the event included Chaka Khan, Kris Kristofferson, Rufus Wainwright, Emmylou Harris and more.