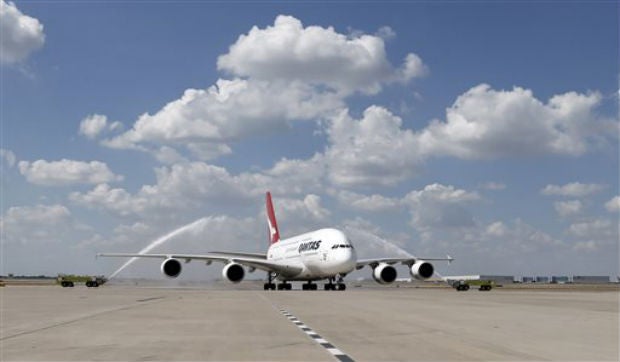 Saying he is already a CEO of his own “Oceania Express” airline, 10-year-old Alex Jacquot went straight to Qantas chief Alan Joyce to ask for tips and to “take me seriously.”

“I want to start an airline. I have already started some stuff like what type of planes I’ll need, flight numbers, catering and more,” wrote the schoolboy on his letter which shared by the Qantas official Twitter account.

Jacquot said he and his friend and co-founder named Wolf, the Vice CEO, already hired a chief financial officer, head of information technology, head of maintenance, legal head, and head of onboard services.

The budding airline businessman asked Joyce about the “ideas he can do” especially he has “more time to work” during the school holidays.

“Seeing you as the CEO of the Qantas I thought I’d ask you,” he added on the now-viral letter.

Jacquot added that like Qantas, his airline has plans about A350 planes for Sydney/Melbourne to London flights but wary of how passengers can get a decent sleep throughout the long 25-hour trip.

“Our competitors don’t normally ask us for advice, but when an airline leader reached out, we couldn’t ignore it,” the airline tweeted.

Our competitors don't normally ask us for advice, but when an airline leader reached out, we couldn't ignore it.
Naturally, there was only one way to respond: CEO to CEO. pic.twitter.com/JTFpzn5a6Y

Joyce wrote back to Jacquot and said he “not typically in the business of giving advice to my competitors” but had “to make an exemption on this occasion” because he, too, “was once a young boy who was so curious about flight and all its possibilities.”

“Thank you for letting me know about your new airline. I had heard some rumours of another entrant in the market, so I appreciate you taking the time to write,” Joyce said.

The Qantas CEO offered his “number one tip” to Jacquot: “put safety front and centre” and “to make travel as comfortable and affordable as possible.”

With regards to his trouble on the passengers’ sleep, Joyce said they are “looking at different cabin designs that give people spaces to stretch out and exercise.”

He also invited Jacquot for a personal meeting for them to “compare notes” and to give the kid a tour to the airline’s operations.

The post has taken Twitter by storm and garnered above 75,000 likes and more than 25,000 retweets as of this writing. /muf