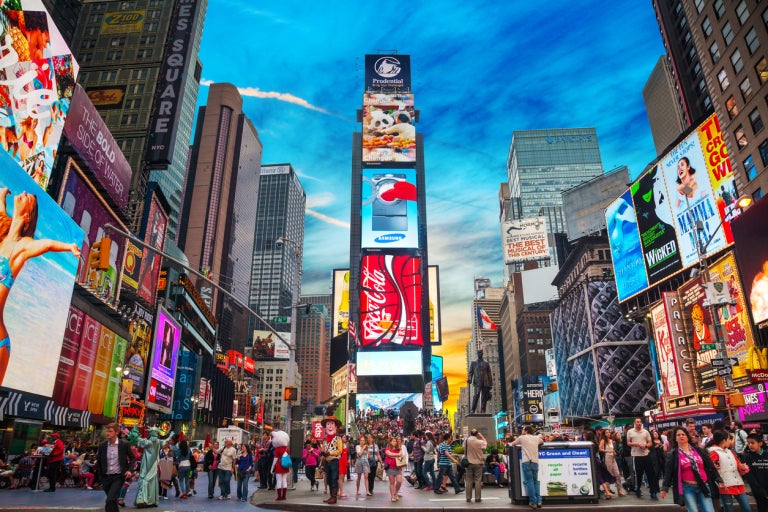 NYC named as world’s best city for food, culture in 2019 by Time Out

New York has been named the world’s best city to visit right now by readers in a major Time Out survey which also named Bangkok the street food capital of the world; Manchester home of the heaviest drinkers; and Parisians the most libidinous of the bunch.

In a survey of 34,000 people in 48 cities around the world, New York was given top honors for its “unbeatable” combination of food, drink, culture and entertainment. The Big Apple scored highly for its diversity and culture, with an overwhelming majority of New Yorkers (91 percent) agreeing that there’s always something to see or do.

After Tokyo, respondents also named New York the city they most want to visit in 2019.

Rounding out the podium is Melbourne, which scored highly for happiness, creativity and live music, followed by Chicago, home to the world’s happiest people in the world: an impressive 85 percent of Chicagoans said they felt happy in the last 24 hours.

For the Time Out Index, respondents were asked to rate their city on everything from food, drink, culture and nightlife to relationships, community, local neighborhoods and happiness.

Editors crunched the numbers and also considered the opinions of local experts and editors to come up with the ranking.

Here are a few other highlights:

Street food capital of the world
Bangkok is the capital of street food, with residents eating at food markets and street stalls on average three times a week.

Randy, tired, sociable Parisians
Here’s another French paradox for you: though Parisians described their city as the least friendly, they actually emerged the most sociable in the survey. Parisians are more likely to go out to meet friends or visit an art gallery or museum on a weeknight (41 percent) than other cities.

The survey also confirmed a long-standing cliché: Parisians have more sex on average than the rest of the world at 33 times a year. That could explain why they are also the most sleep-deprived: 66 percent said they felt tired and sleep-deprived over the last 24 hours.

The healthiest and most ethical city
That title goes to Berlin, where residents are most likely to be vegan or actively reducing their meat intake (8 and 29 percent respectively), and the highest proportion of teetotaler (25 percent). The city also ranks the best for live music.

World’s biggest drinkers
On the flip side, there’s Manchester, home to the highest percentage of drinkers in the world, and by extension, the biggest sufferers of hangovers (25 days a year).

Frequent diner
Thanks to the city’s dynamic dining scene, Hong Kong locals eat out more often than anyone else in the world.

Here are the top 10 cities: