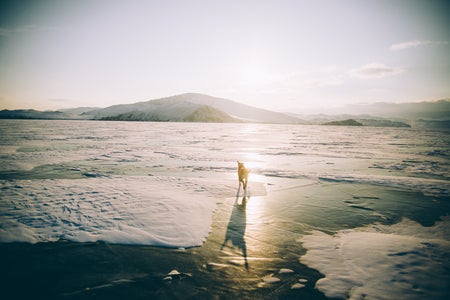 To save two dogs, man fearlessly swims in icy waters

A man in Irvington, New York, United States did not let the cold stop him from doing something heroic — saving two dogs that fell in a frozen reservoir.

Timofey Yuriev was walking with his golden retriever Kira at the Irvington Reservoir when he saw two other dogs get trapped in the icy waters, The Rockland/Westchester Journal News reported on Tuesday, March 12. It turned out that the dogs wandered away from their owner and ventured to a weak patch of the frozen reservoir.

“When I saw the first dog, I just got undressed and went inside immediately,” Yuriev was quoted as saying. He, along with Kira, broke ice to give a clear path for the dogs to swim back to shore. He also had to make two trips as one dog fell farther away from the other at the reservoir.

“It was pretty dangerous,” he said in the report. “They got stuck. They tried to come out and after a while, they just stopped moving. I saw they were in trouble.”

Yuriev, who is a Kazakhstan native, also happens to be a free diver who previously lived in Siberia, a region in Russia known for its frigid weather.

He also knew that if he had asked for help instead, the dogs would have drowned by the time rescuers arrived on the scene. He said, “There was no other way.”

“It was pretty cold at that point,” he added. “By the time I got out, I felt pretty good. Energized.”

As the dogs got out of the water safely, Yuriev described that their owner was crying out of thankfulness when they got back to her. Katrina Hallare/JB