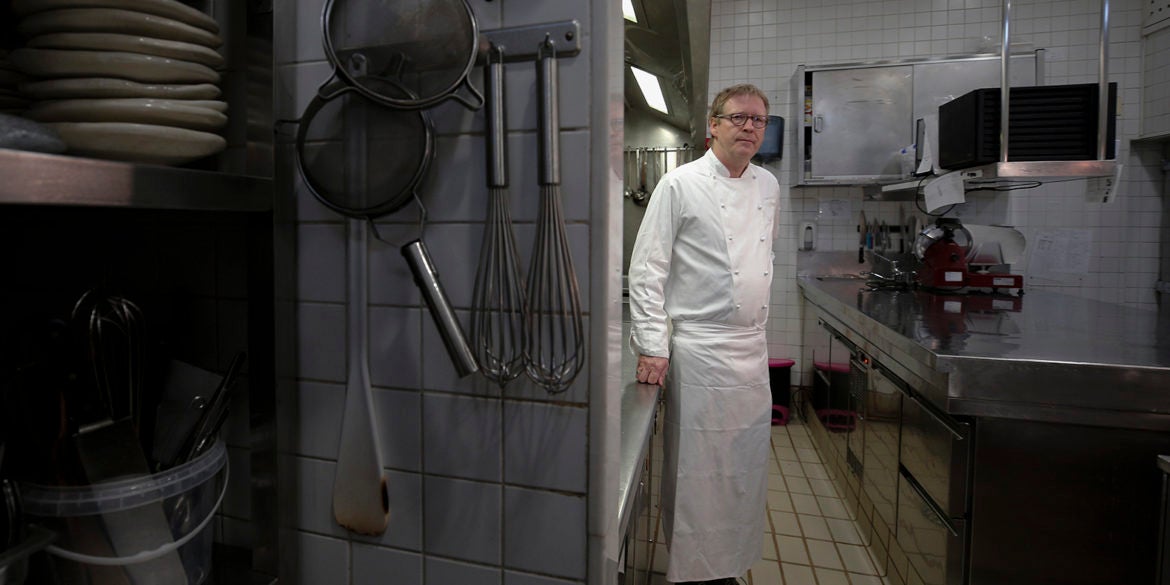 German Chef Bernd H. Knoller poses at the Riff restaurant in Valencia on March 12, 2019. - The restaurant closed since a woman died and another 29 people developed food poisoning after eating at the Michelin-starred Riff restaurant. (Photo by STR / AFP)

A Michelin-starred restaurant in Spain, which closed last month after a woman died from a suspected case of food poisoning, reopened on Wednesday

A Michelin-starred restaurant in Spain, which closed last month after a woman died from a suspected case of food poisoning, reopened on Wednesday.

German chef Bernd H. Knoller, founder of the RiFF restaurant in the coastal city of Valencia, said health officials had found no reason for it to remain closed.

He was “convinced that the restaurant can ensure the utmost safety for its customers”, he added.

The RiFF closed its doors on February 17 after a 46-year-old woman died from a suspected case of food poisoning, having dined there with her family.

The woman’s husband and 12-year-old son also fell ill, but recovered, and another 29 who ate at the restaurant in the three days before her death developed mild food poisoning.

“The restaurant has passed two health inspections,” Knoller wrote on Twitter in Spanish, English and German. “The second, and most recent of the two, was in response to a request from us.

“I wanted to be 100 percent certain (though I have realised that no restaurant can absolutely guarantee 100 percent safety),” he wrote.

“The health authorities have assured us at all times, since the first inspection, that there is no reason for the restaurant to remain closed.”

It features a 135-euro ($153) tasting menu including black truffle, imperial caviar and lobster.

Spanish media reported that the woman and her family had eaten mushrooms at the restaurant which were listed as coming from Spain but that actually came from China. It has been suggested that poisonous mushrooms may have been to blame for the woman’s death.

Knoller said he had bought the mushrooms from a Spanish supplier he has used for 28 years and “in whom I have always had the utmost confidence”.

“The mushrooms seemed to be in perfect condition, and at no time did we believe that they could have been from any country other than Spain,” he said.

“Importing from another country products that can be found in Spain is not part of RiFF’s philosophy or policy,” he added.

A local court is investigating the woman’s death, but nobody has been charged.