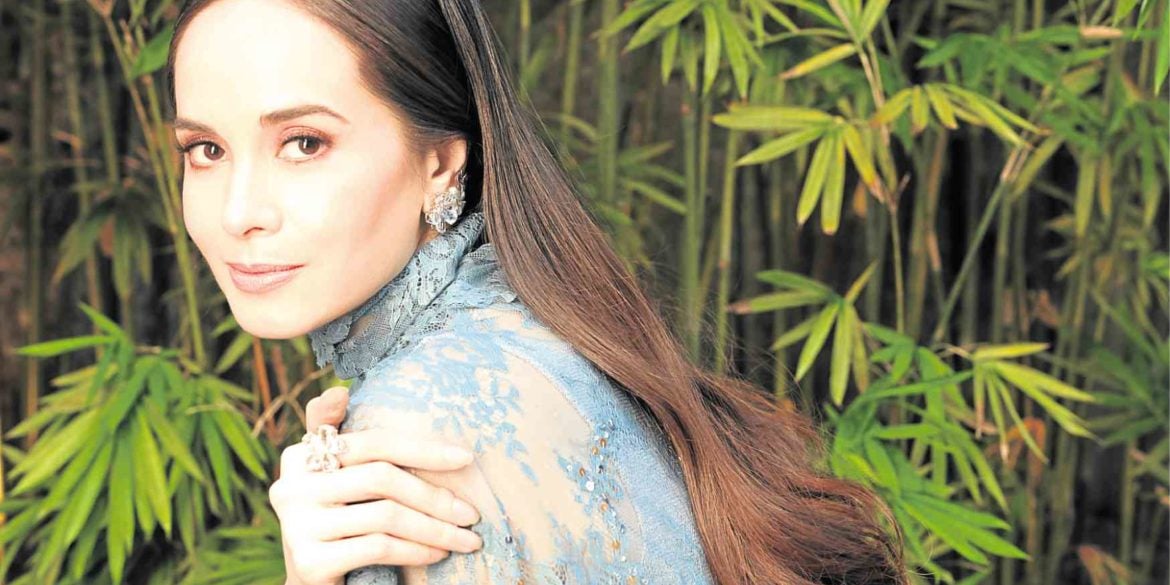 Lucy Torres-Gomez was newly wed to actor Richard Gomez when her friend, accessories designer Ana Rocha, brought her to “the best jewelry shop in town”—Jul B. Dizon Jewellery, at the Edsa Shangri-La Hotel.

Gomez, who was entertained by the renowned jeweler herself during that visit, would become more than a longtime client of the shop; through the friendship and encouragement of the late jeweler’s daughter Candy, she became a constant collaborator, too. Previous collections designed by Gomez include pieces made of vintage ivory, a set featuring delicate cameos carved from shell by a family in Italy, and jewelry in Gomez’s birthstone, turquoise.

Her latest collaboration with Dizon is her most personal yet. On March 26, Jul B. Dizon Jewellery at the Peninsula Manila will launch a 50-piece collection that highlights the humble kalachuchi (frangipani). Interpreted in rings, earrings, bracelets and pendants in rose gold, yellow gold, white gold, diamonds and mother-of-pearl, the kalachuchi is more than just a pretty motif perfect for the summer months.

“It’s the official flower of Ormoc,” says Gomez, incumbent representative of the fourth district of Leyte, and a celebrity as well. “When Richard sat as mayor of Ormoc, he really wanted the people to know more about their city, so he embarked on a cultural mapping activity together with professors from the University of Santo Tomas.” Among other discoveries, the study revealed the significance of the flower to the city, as well as the qualities it shares with a district that has experienced its fair share of struggles.

Amazed at how the kalachuchi can withstand intense heat before it reaches its burning point, Gomez says, “It’s beautiful, yes, but it’s also very resilient, and we come from a district that’s always hit by calamities. We don’t pray anymore not to get hit by storms, because geographically we’re vulnerable to them. Through the years we’ve just learned to cope and stand stronger after every battering.”

Women who have overcome their own private storms will find the motif a fitting reminder of their enduring spirit. “Show me a woman who hasn’t been scarred in some way—whether she’s had her heart broken or her family torn apart,” says Gomez. “I think we can all relate to beauty and pain, and beauty after pain.”

“I wanted the collection to be mabango (fresh),” she says.

Like previous collaborations, this one started with brainstorming between Gomez and Dizon, followed by the jeweler showing her materials so she could visualize pieces based on available shapes. Dizon then presented detailed drawings of the congresswoman’s rough sketches to her goldsmiths, and incorporated Gomez’s other ideas as the pieces slowly took form.

“Lucy’s an old soul when it comes to jewelry; she likes it really vintage and in a matte finish,” says Dizon. “I give her freedom. My only requirement is that she makes something she herself would wear.”

Dizon, who was 7 when her mother first got her involved in the business, remembers her initial meeting with Gomez. “Beautiful. Stunning,” she swoons. “When I was a teenager, mahal ko si Richard Gomez. Didn’t we all? He was my crush. I followed his life story and knew he was going to get married to this girl, and suddenly she comes into the store, and I’m like, ‘Oh my God, this is her.’ So now I love her more than I love Richard.”

Through the years, the two would become good friends, seeing each other in the shop and socially. “Even if she is who she is, she’s still so simple, gentle and soft-spoken,” says Dizon. “She has no airs.”

It was Dizon who convinced Gomez to hold off buying new pieces and instead rework and upcycle old and inherited jewelry to suit her changing tastes. The jeweler was also the one who suggested Lucy design for the shop, an idea that the congresswoman liked right away.

“It’s easy,” says Gomez of her relationship as a friend and collaborator with Dizon. “We get each other right away.”

“Her designs are very feminine, light on the eyes,” says the jeweler. “But they evolved, too, from cutie-cutie to ‘the bigger, the better!’”

Growing up, Gomez wore occasion-appropriate jewelry on a daily basis, much like all the women in her family. In her younger years, she was entrusted with “practice jewelry,” pieces that trained her to take good care of them, before she graduated to finer, more valuable keepsakes. “To this day, I never leave jewelry on my bedside table,” she says. “My dad didn’t like us leaving precious stuff around because if it gets lost, it’s our fault.”

As luck would have it, husband Richard doesn’t just approve of her taste in jewelry, he knows what to get for her, too. The prankster that he is, he once asked his wife to “close your eyes and give me your hands, I have a surprise for you.” Lucy refused because in the past, that “surprise” turned out to be a lizard. Her husband chased her around the house until he gave up and showed her what he had—a beautiful pair of pearl earrings she had always wanted.

His proposal was just as playful and unexpected. Minutes after she turned 23 at a party with friends in Ormoc, Lucy got the shock of her life when Richard, who was visiting her only for the second time, fished out a sapphire ring surrounded with diamonds from the pocket of his shorts and popped the question. The couple has been together for 21 years.

“His lola always wore a blue sapphire ring and he told himself that when he gets married, he wants his wife’s engagement ring to be a sapphire,” she explains.

While Gomez leans toward feminine designs, daughter Juliana likes pieces with a bit of edge. “She’s very definite about what she will and won’t wear,” says her mom, who notes her teenager’s preference for layered necklaces and small stud earrings.

Gomez, who is running for reelection in the May polls, isn’t considering a career shift in jewelry design. “No,” she says with a smile. “I only do it for Candy.” Still, news that the pieces from her previous collections have sold out uplifts her.

“Really? Oh, that’s nice!” she says and laughs. “I like knowing it went to someone who loved it enough to buy it. In a space where people are so used to seeing so many beautiful things, it feels fulfilling to know that something you thought was beautiful was beautiful to someone else, too.”