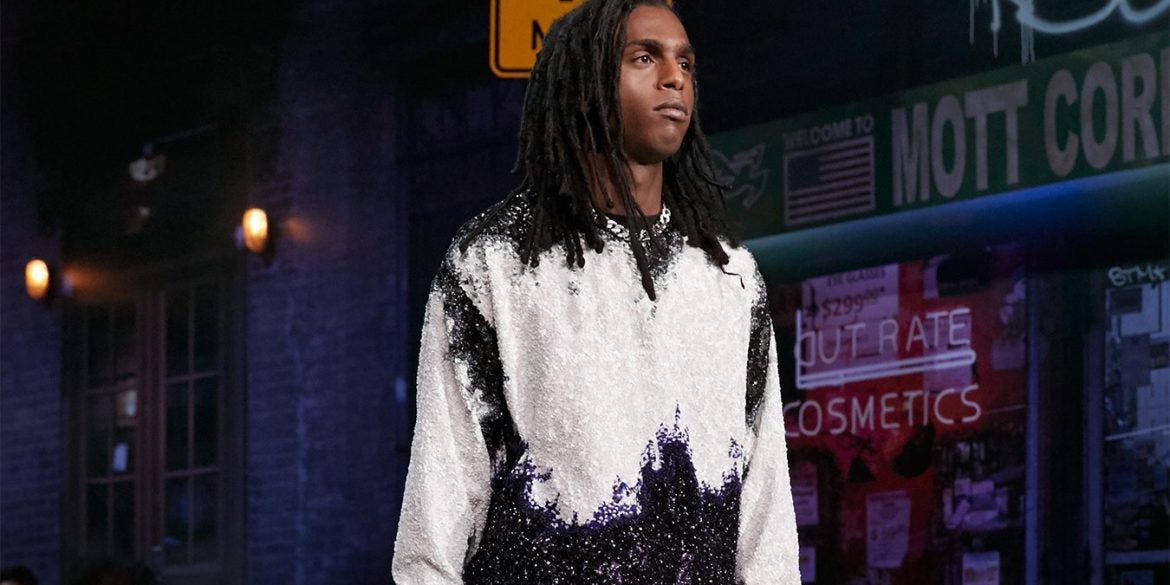 A model walks the runway for Louis Vuitton's 2019/2020 Fall/Winter collection. The fashion show was inspired by the late "King of Pop" Michael Jackson. Image: Facebook/Louis Vuitton

PARIS — Louis Vuitton says it was unaware of new accusations that Michael Jackson sexually abused children when it paid homage to the singer at its latest menswear show.

Vuitton CEO Michael Burke said in a statement that the allegations against Jackson in a recent HBO documentary are “deeply troubling.”

Designer Virgil Abloh said in the statement that the January menswear show was meant to celebrate Jackson’s legacy, and he condemned “any form of child abuse.” The statement was obtained Friday by The Associated Press.

Abloh’s show celebrated Jackson with an elaborate set and designs evoking the singer’s world and style — set to a soundtrack of his music.

In the documentary “Leaving Neverland,” two men allege Jackson sexually abused them as children. Before his 2009 death, the singer denied repeated, similar allegations against him. MKH