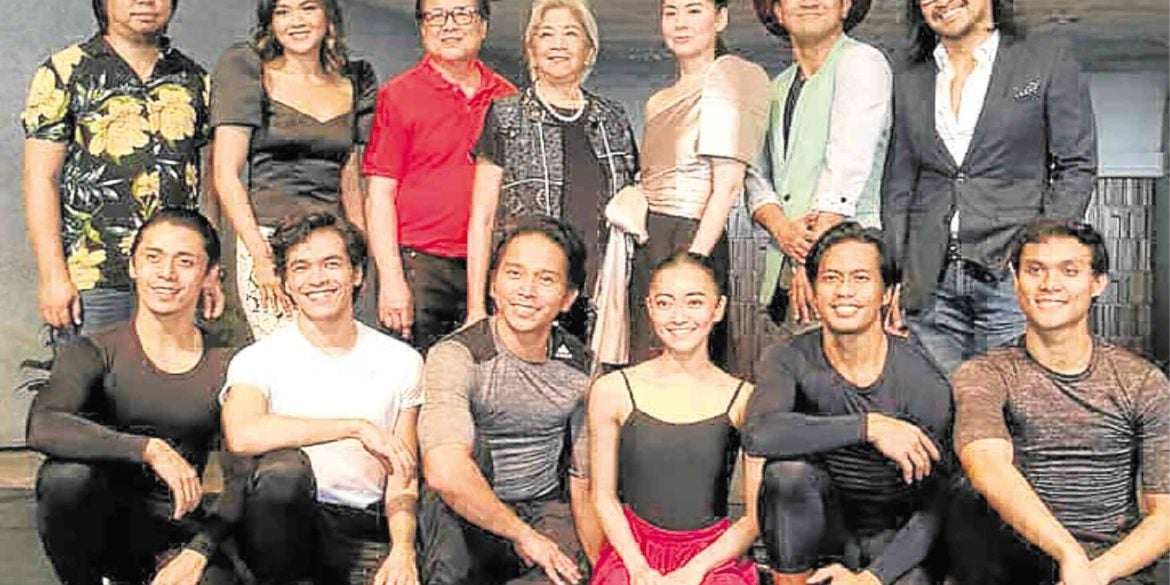 Alice Reyes: It’s time to bring back ‘Tales of the Manuvu’

The National Artist for Dance says millennials are ready for it

I like wild!’ exclaims Alice Reyes as she talks to Inquirer Lifestyle about the circumstances behind her handpicked choices of the new cast of the 2019 restaging of “Tales of the Manuvu,” the 1977 rock opera ballet hailed as a groundbreaking production when it debuted at the Cultural Center of the Philippines (CCP).

Reyes, who directed and choreographed the original production, and is a National Artist for Dance, sounds upbeat as she introduces Lara Maigue, Shiela Valderrama, Lorenz Martinez, and Nar Cabico, who play major roles, along with select dancers of Ballet Philippines, in the story of the evolution of humanity told through the folk history of the Manobo tribe of Mindanao.

Joining them are two original lead cast members from the 1977 production, Celeste Legaspi (as the First Woman) and Boy Camara (Manama, the First Man). In the 2019 cast are Ding Mercado, Aicelle Santos, Poppert Bernadas, Reuben Laurente, and select members of Ballet Philippines.

Reyes says it was time to do “Manuvu” again to show the creative talent of the Filipino artist in the ’70s—a golden age in contemporary Filipino music.

A second production was mounted in 1985, also at the CCP, but with a different set by Salvador Bernal and different singers, “and that was in the ’80s,” says Reyes, “which means the sound was ’80s.”

She points out her determination to bring back to “Manuvu” the ’70s sound, “because I think the millennials are ready for it.”

The 1977 production had Camara’s band, The Afterbirth, performing the music live.

For the 2019 edition, Radioactive Sago Project will render the music, with bandleader Francis de Veyra as musical director.

“Tales of the Manuvu” features songs written by popular composer Nonong Pedero, based on a libretto by National Artist for Literature Bienvenido Lumbera.

One of the songs, “Noong Unang Panahon,” was recorded by Kuh Ledesma and became a pop hit.

“I had done a few major dance pieces, ‘Amada,’ ‘Itim-Asu,’ ‘La Loba Negra’… I thought I should do something lighter, another aspect of Philippine culture,” says Reyes, who explained that she found, through research, stories about the Manobo tribe that were “childlike and naive.”

“Tales of the Manuvu’s” one-week run in 1977 was extended to three more days due to popular demand, says Reyes.

“Blurry,” jokes Camara, when asked what he fondly recalls of the production. “But I remember I had fun. Working with Alice was always fun.”

Turning serious, he says: “It was the first of its kind. There’s nothing quite like it—Lumbera’s libretto, about Filipino traits like being helpful, happy, all the good traits, until the gods got fed up. It’s a good that Alice is mounting it again. People will like the music.”

When she was offered a role, Maigue recounts, “My manager said, ‘Do it!’”

In Valderrama’s case, “To sing in a ballet has been on my bucket list.”

To Martinez, “The music, is ‘Jesus Christ Superstar’ na kundiman.”

Maigue adds: “I was surprised that people knew it well. I mean, the generation of my parents, they all know the lyrics to ‘Noong Unang Panahon,’ ‘Bangon sa Silangan’…”

To Cabico—the “wild” one Reyes was referring to—“This is my first time to join Ballet Philippines for a major production. The music rehearsals have been enjoyable.”