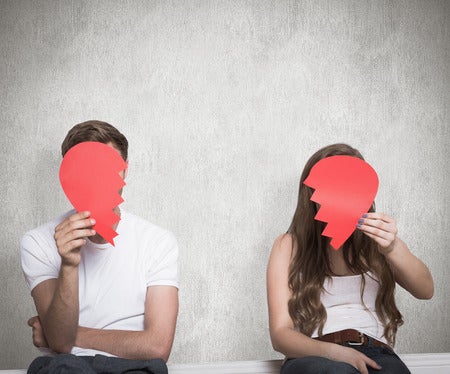 I had my first baby when I was 17. I come from a broken family and everyone was just doing his own thing. My father was an OFW who already had a second family abroad. My mother had a stall in the market. And my two brothers were too young to know anything.

After I gave birth, I tried to go back to school, but my boyfriend, who was so handsome, and whom I couldn’t resist, was always around. He got me pregnant a second time. I thought he had intentions of marrying me, but his family never accepted me. I never saw him again after our second child turned two.

I graduated from high school and pursued college in earnest. There I met this classmate who comes from a good family. He was nothing like my first boyfriend. He was dark with a pock-marked face, and fat. But he pursued me like no other boy I knew.

In a year’s time, he was living in our little house and my family accepted him gladly. He brought us food, gave me money to pay my family’s bills, and most of all, he loved my two children. When I got pregnant a third time with his child, nobody complained.

My problem is, I couldn’t fall in love with him. He’s like a puppy around me, always beside me, touching me and looking at me. He has become too much to be around. He looks hurt when I tell him to go home to his parents once in a while, just so I might miss him. I feel suffocated by his very presence. My mother is annoyed at me because  he is a big help to us, but I really don’t care. He now wants to marry me, but I’d rather starve.

I know I am being insane and am not looking out for the future of my children, but I cannot make myself love him despite his generosity. I’ve been thinking I have a chance to make something of myself and not depend on any man to survive.

You’re on the right track by making something of yourself and not depending on any man for survival. Bravo! But remember, those are just words you’re uttering now, just because you don’t love this guy enough to be with him for the long haul.

Granting he will take care of his child with you, that’s only one less person off of your list of liabilities. You still have two other children to feed, clothe, educate and raise.

It’s true that forcing yourself to love someone is like ramming bitter medicine down your throat. But give yourself another chance to mull over your future. Don’t rush to judgment. The man who is so in love with you now will probably stay around for a long time, despite the animosity he feels from you. Those types don’t come often. Don’t brush him off or take his kindness for granted. There’s such a shortage of that lovely virtue around.