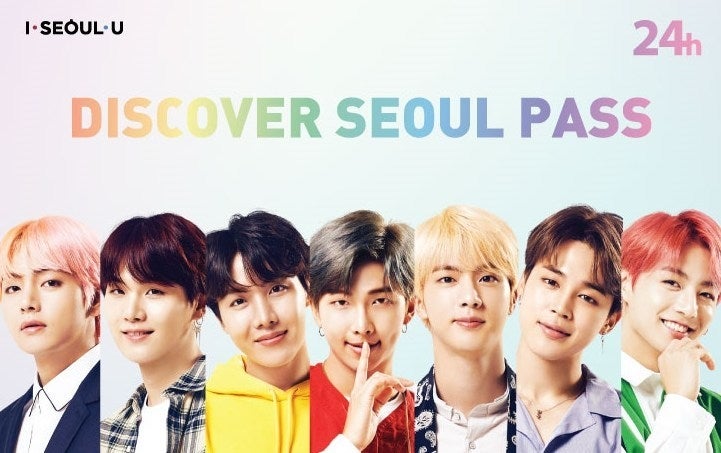 BTS fans visiting Seoul may want to look up a special limited-edition tourist pass that features the boy band on the card.

The honorary ambassadors of Seoul, BTS are now also the faces of the city’s Discover Seoul Pass. Priced at KRW39,900 ($35), the pass is valid for 24 hours and offers admission to 35 major attractions like Gyeongbokgung Palace, MBC World, the Coreana Cosmetics Museum and sightseeing tours on double decker buses.

Passholders also get discounts at duty-free stores, restaurants and attractions like the Hello Kitty Island in N Tower and the Seoul Zoo & Sky Lift.

The boy band’s worth to South Korea’s economy has been pegged at a whopping $3.6 billion a year, the equivalent of 26 mid-sized companies contributing to the local economy.

In 2018, the septet became the first K-pop band to top the US album charts, affirming their global popularity.

According to the Hyundai Research Institute’s report, some 800,000 tourists are believed to have traveled to South Korea in 2017 because of their love for the band. That’s equal to more than seven percent of the total visitors to the country. JB