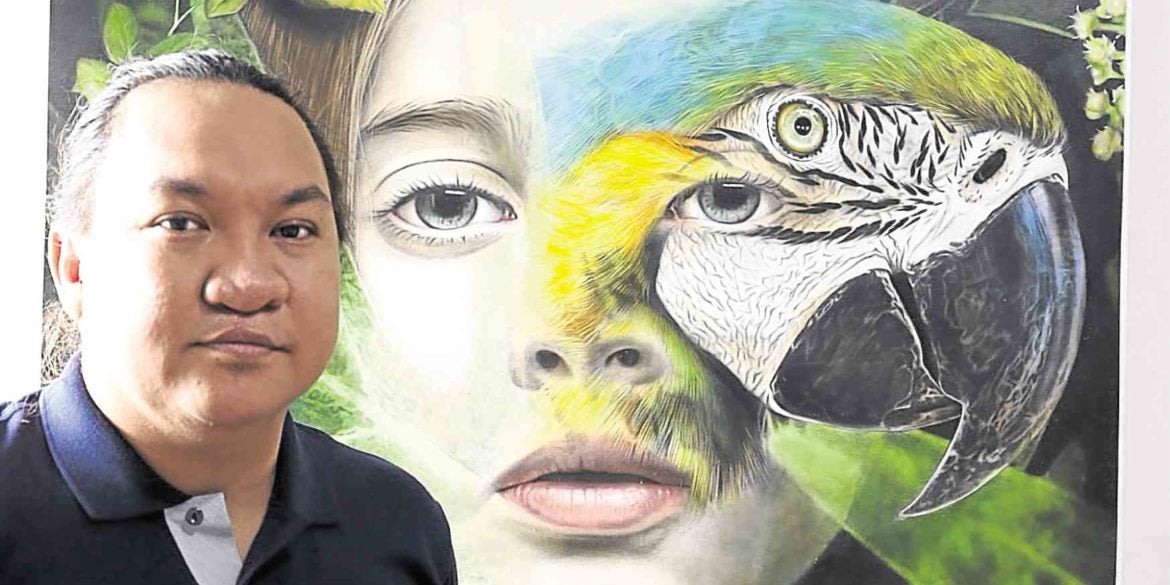 Dematera’s art of the ‘Menagerie’

Hyperrealist painter Ronald “Bullet” Dematera grew up with a cleft palate and he used his struggles and hardships in life, including his inability to get formal education, to psyche himself up, test his limits, explore his creativity and execute his memorable paintings.

For “Menagerie,” Dematera continues the use of diverse mediums including graphite, acrylic and oil on canvas. His works feature an assortment of flowers, leaves, forests and animals intertwined with humans.

“This intricate relationship between man and nature can be described in different ways and in varying emotions, from the beautiful to the cruel or, at times, puzzling,” Dematera said.