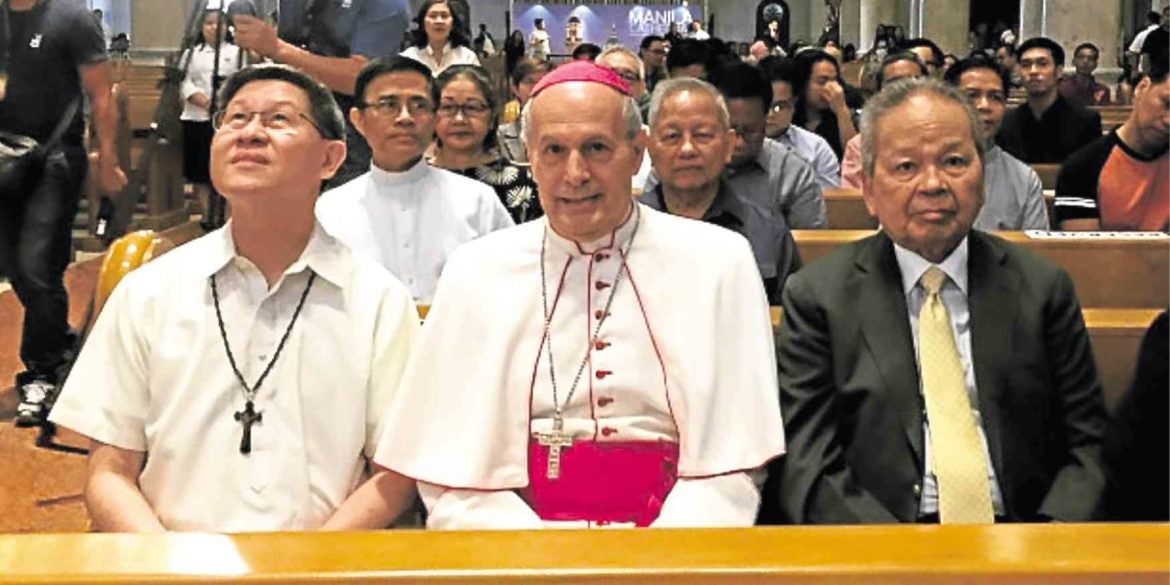 “A testament of faith.”

The book chronicles the history of the cathedral from the first structure of light materials in the late 16th century to its numerous reconstruction due to damages wrought by fire, earthquakes and World War II, to its recent restoration spearheaded by the Manila Metropolitan Cathedral Basilica Foundation Incorporated (MMCBFI). 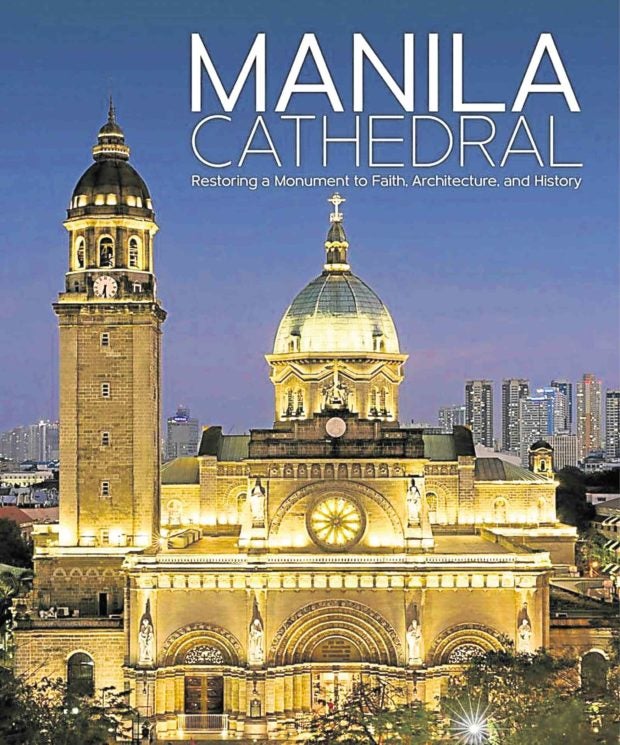 Featured is the church’s liturgical art, such as the stained-glass windows of Galo Ocampo, reliefs, sculptures and mosaics.

Also featured are liturgical artists attached to the church such as Juan de Uguccioni, who made major renovations in the 18th century, and architect Fernando Ocampo Sr. who was instrumental in the present cathedral, which was reconstructed from 1956 to 1958.

The book also has never-
before-seen archival materials and photographs, such as the plans for its postwar reconstruction and architectural scans and reports for the restoration done from 2012 to 2014.

Joining the launch Archbishop Gabriele Caccia, papal nuncio to the Philippines, former Chief Justice Artemio Panganiban, Alfred Ty of the GT Foundation, which helped in funding the restoration of the church and publication of the book, and members of the MMCBFI, such as Marixi Rufino Prieto, emeritus chair of the Philippine Daily Inquirer.

During the event, Tagle said Manila Cathedral is more than the structure, more than its architecture.

It is a symbol of faith and love, he said, explaining “if there’s love, we will always rebuild.” —CONTRIBUTED