Barbie Turns 60 but Still Wrinkle-Free and Firmer Than Ever! | Inquirer Lifestyle ❮ ❯ 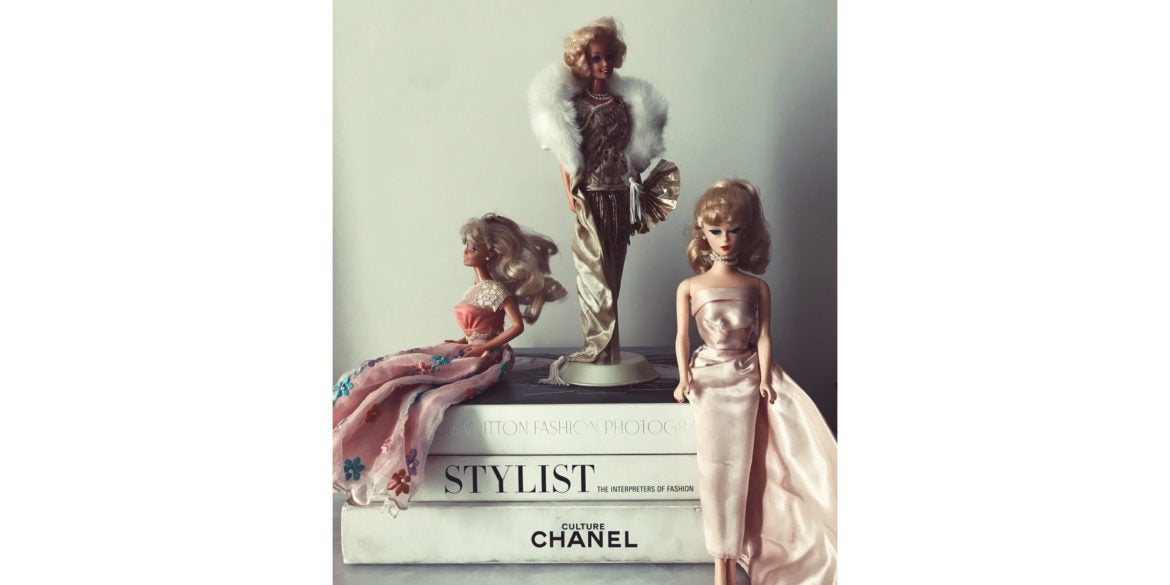 Barbie dolls from the author's collection

Barbie Turns 60 but Still Wrinkle-Free and Firmer Than Ever!

I grew up with three older brothers. As the only girl, I definitely had to keep up—i.e. clean up after their squirt gun race or voluntarily fetch things they’ve left at home while hanging out with our neighbors. I was that annoying little sister who wouldn’t go away until she got what she wanted.

‘Act like a boy to be one of the boys’ was my mantra. That mindset trickled down to my behavior, including my clothing preferences. I found petticoat dresses extremely itchy and usually sat in them with my legs open—much like a grown man would. As such, I would always opt for my trusty denim-shorts-and-vest combo topped off with leather boots.

Much to my mother’s dismay, she seemed to be raising four sons. Her solution? Barbie.

It wasn’t easy—especially for Barbie. With me as her playmate, she had her head shaved, her bangs hideously uneven (when she didn’t even have bangs to begin with), and her arms covered in tattoos (thanks to my trusty permanent markers). She also experienced swimming in a plastic drawer when I was restricted from swimming in our pool. Occasionally, she found herself getting into fights with my brothers’ action figures, when I did manage to get my hands on their toys.

Today, Barbie has been through a number of transformations—from different body types and skin tones to roughly 50 nationalities and over 200 careers

As you would already know, mothers don’t give up easily; and mine pulled out all the stops to turn me into a dainty youngster. Apart from the constant reminders on how little girls should behave, I was showered with Barbie dolls garbed in different ensembles and accessory sets which I could mix and match. Good grades also meant I could choose any toy—i.e. any type of Barbie.

Eventually, I started to handle them with care and enjoy the whole process of putting outfits together as I imagined various scenarios. Once in a while, I would go back to my old ways by experimenting with her hairstyles (an edgy mohawk, perhaps?) and giving her a beauty makeover with my colored pens.

As I chose her outfits depending on my mood and inspiration, I exercised certain skills like creativity and meticulousness, which I would hone throughout my career. Playtime wasn’t only fun, but it also sparked my curiosity for fashion and helped me develop a keen eye for what was aesthetically pleasing.

When I outgrew my Barbie dolls, I turned to books and glossies as I envisioned a career in fashion. Years later, after gaining as much experience as I could as an assistant to industry insiders I admired and as an intern for various publications, I became a magazine editor and a fashion stylist.

Meanwhile, Barbie has been a mother, a scientist, an athlete, an astronaut, an architect…the list goes on and on—inspiring little girls to be who they want to be and showing them the possibility of having more than one passion.

Today, Barbie has been through a number of transformations—from different body types and skin tones to roughly 50 nationalities and over 200 careers.

Through the debates surrounding her influence on children, Barbie has constantly been reinvented. She continues to adapt to the changing times, proving that women (or anyone for that matter), need not define themselves by their past or conform to society’s gender-restricting influences, but instead, should welcome change to improve themselves.

As she celebrates her 60th year, we’ve listed down some fun facts:

Barbie takes inspiration from real women who are breaking boundaries:

As part of our ongoing commitment to #CloseTheDreamGap, we are honoring #MoreRoleModels from around the world than ever before. These women are breaking boundaries to inspire the next generation of girls. 🌍 Learn more: https://t.co/dDN166naY4. #YouCanBeAnything #Barbie60 pic.twitter.com/giiaPkvSS5

How Barbie’s 60th was celebrated worldwide: