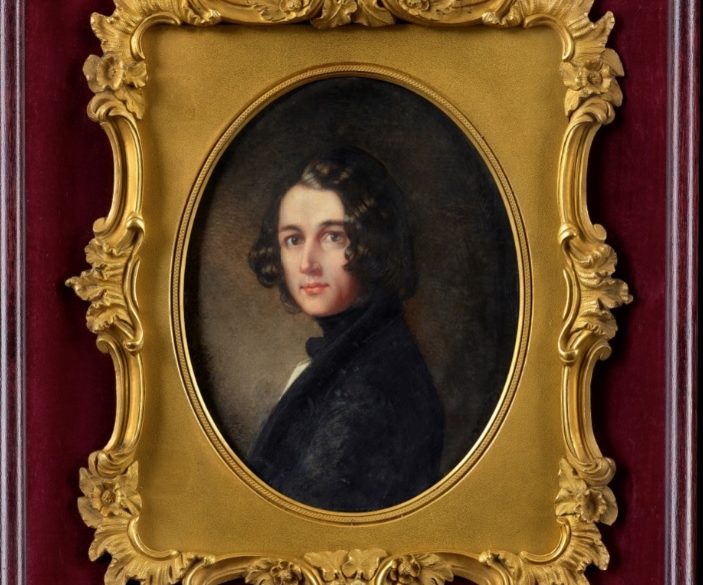 Lost portrait of Charles Dickens to go on show in London

The miniature portrait of Charles Dickens by Margaret Gillies was rediscovered in 2017, after being lost for over 130 years.

The painting will go on display from April 2 to 7 at the Charles Dickens Museum, hanging in the study where the novelist wrote “Oliver Twist” and “Nicholas Nickleby”.

In 2017, the portrait was sold for £27 (about $36) in an auction of household goods in Pietermaritzburg, South Africa, as part of a tray of trinkets. The finder originally bought it to sell the frame. At the time, the small painting was so covered in mould that Dickens’ face was barely recognizable.

The miniature was later confirmed to be the portrait of Dickens by Gillies and was brought to the Philip Mould & Co gallery in London. In a statement, the director of the Charles Dickens Museum, Cindy Sughrue declared that “the discovery would have been remarkable in any event but it is even more so because the portrait itself is exquisite.”

“We are excited to be bringing the beautiful lost portrait to the museum. When Philip Mould contacted us last year, and we were able to see an image of the painting, it was a thrilling moment,” she added. “This display is only a fleeting one, but we are confident of raising the remaining funds needed to bring the portrait to the Museum permanently.” JB