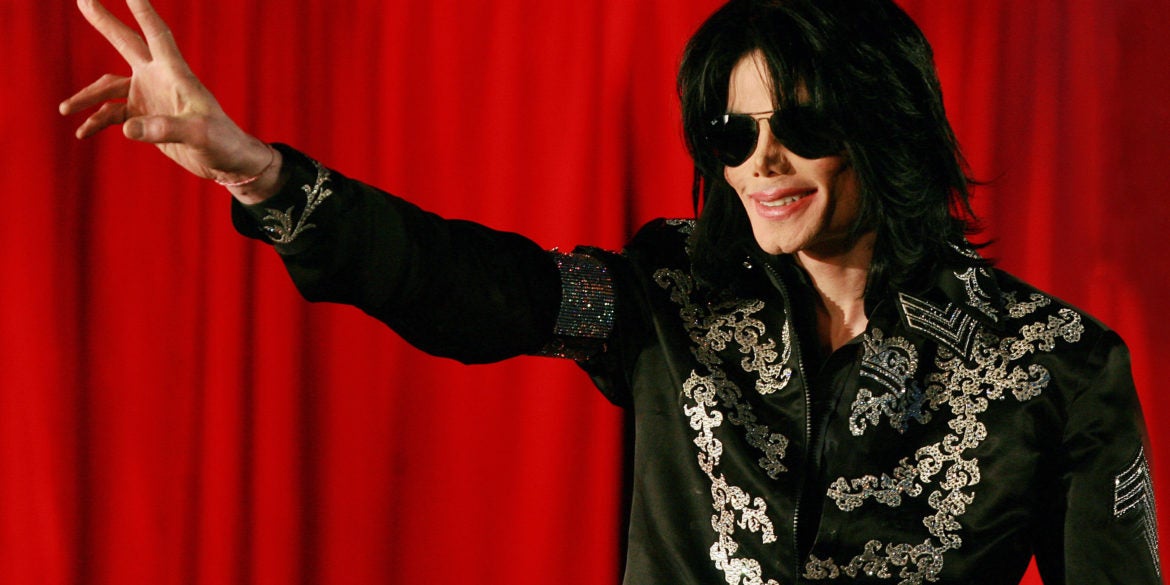 (FILES) In this file photo taken on March 05, 2009 US popstar Michael Jackson addresses a press conference at the O2 arena in London. - Louis Vuitton said on March 14, 2019 they were pulling Michael Jackson-themed clothes from a new collection in the wake of the "Leaving Neverland" documentary which revived claims that the singer sexually abused children. The brand's men's autumn winter collection, designed by the label's black American designer Virgil Abloh, was designed as a hommage to Jackson's "prodigious talent". (Photo by Carl DE SOUZA / AFP)

In light of a recent documentary, the French fashion house is among those who have distanced themselves from the "King of Pop"

After the release of HBO’s documentary “Leaving Neverland,” which features interviews from James Safechuck and Wade Robson–reviving claims that the singer sexually abused children–Louis Vuitton has decided to remove Michael Jackson-themed clothes from its new collection.

The collection was shown at Paris fashion week in January on a set inspired by the late singer’s “Billie Jean” video. The label’s American designer Virgil Abloh also wrote a long tribute to Jackson in his show notes and posted a poem about the icon on Instagram.

The collection featured a black T-shirt printed with Jackson’s trademark shoes and white socks, variations on the legendary three-zip red jacket worn by the late singer in the video for “Beat It,” and the flag of the singer’s home state, Indiana was emblazoned on one of the coats, among others.

As Louis Vuitton announced that it would no longer make any piece from the collection “that directly features Michael Jackson elements,” Abloh added, “I strictly condemn any form of child abuse, violence or infringement against any human rights.”

Others who have “dropped” the “King of Pop”

What celebrities are saying about “Leaving Neverland”

I’m watching @Oprah interview James Safechuck and Wade Robson from #LeavingNeverland on @OWNTV. I hope everyone watches this. #AfterNeverland

Dear Wade and James, I believe you and I love you. Keep going #AfterNeverland @StinsonHunter #leavingneverland