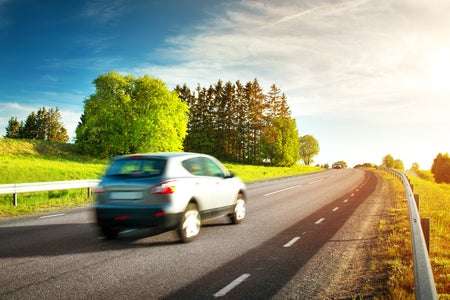 A couple was driving from Edinburgh to Cambridge, United Kingdom when they were involved in a road accident, leading them to almost miss out on seeing a dying parent, until they got unexpected help.

Ron and Sharleen Gillies embarked on the long drive to visit Sharleen’s dying mother, but the accident left them way behind their travel and devastated that they might not make it in time.

Many cars passed the couple, but nobody bothered to help except for one stranger named Dean Moore, as per Teesside Live on Sunday, March 17. Moore saw the couple on the side of the road and offered to help by driving them the 200 hundred miles — with no payment.

“I just can’t put into words what that lad did for us,” Ron was quoted as saying. “This happened on the Sunday (March 10) and she died the next day… If it hadn’t been for Dean there’s a fair chance we would have not got there in time.”

Moore, a 40-year-old dad of one, said he could not stomach driving past the couple after seeing them with a damaged wheel, as per the report. When the insurance company became “quite robotic” about the situation, Moore stepped in and took matters into his own hands.

“In my head the only thing that needed to be sorted was for them to get from Teesside to Cambridge,” said Moore. “It’s the last time they would see the ma’am. I was just trying to be a decent human because so many people drove past.”

Ron, meanwhile, said it was not Moore’s job to help them, but he still did. And thanks to him, his wife was able hold her mother’s hand and talk to her before she passed away the following day.

“People get awards for various things and they are just doing their job,” said Mr. Gillies. “Whereas this lad, it wasn’t his job, he didn’t know us from Adam.” Cody Cepeda/JB