The powerful meteor that no one saw (except satellites) | Inquirer Lifestyle 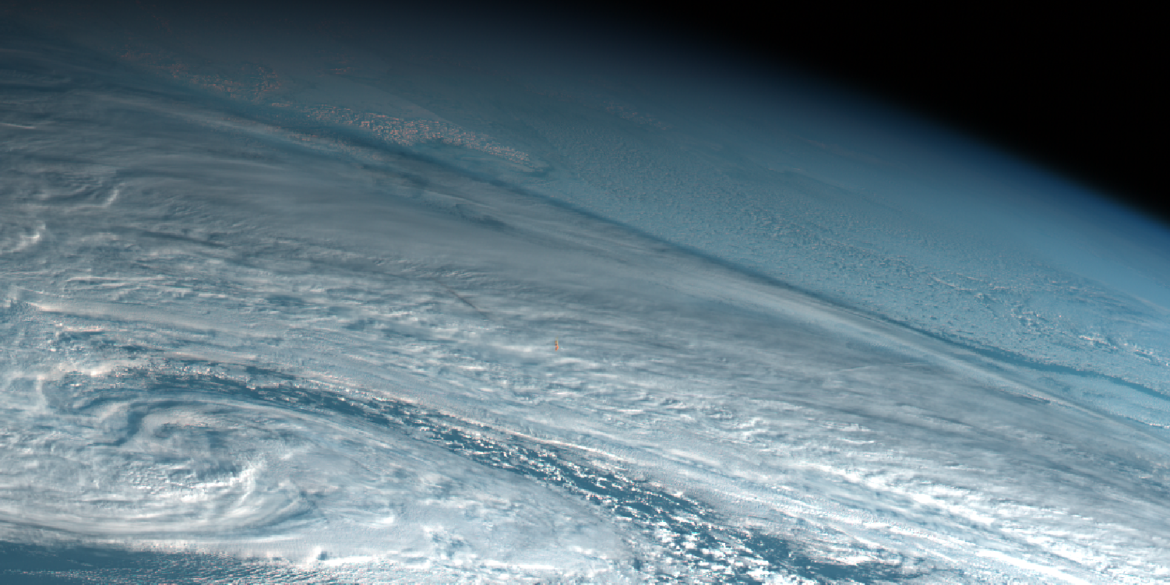 The powerful meteor that no one saw (except satellites)

Nobody saw it: A large space rock heading straight for Earth at a speed of 19 miles per second exploded into a vast ball of fire as it entered the atmosphere

At precisely 11:48 am on December 18, 2018, a large space rock heading straight for Earth at a speed of 19 miles per second exploded into a vast ball of fire as it entered the atmosphere, 15.9 miles above the Bering Sea.

From below, the only witnesses to this fiery event may have been the fish that inhabit the frigid waters between Russia and Alaska, as no human eye caught sight of it.

A meteor is the luminous phenomenon that results when an asteroid or other celestial body enters the Earth’s atmosphere. It is commonly called a shooting star. If it does not fully vaporize and some part of it hits the Earth’s surface, it is called a meteorite.

One of the first researchers to detect the event was Peter Brown, a meteor scientist at the Department of Physics and Astronomy at the University of Western Ontario.

On March 8, he was poring over December data from the system used by the Comprehensive Test Ban Treaty Organization to detect atmospheric explosions caused by nuclear tests.

The system is comprised of seismic and acoustic sensors capable of picking up infrasound, inaudible to the human ear, at a distance of tens of thousands of miles.

“Many of them detected the sound waves from this explosion,” he told AFP. “If you were directly under it, it would have been deafening.”

But it was not until March 8 that the Air Force officially informed NASA, which logged the event in the database of fireballs it has kept since 1988, according to Lindley Johnson, NASA’s Planetary Defense Officer.

“It was almost immediately published on our website, within 10 minutes, I would say,” he told AFP.

NASA’s Center for Near Earth Object Studies calculated the energy released by the explosion to be 173 kilotons, more than 10 times as destructive as the 15-kiloton atomic bomb that leveled Hiroshima in 1945.

It was the most powerful explosion in the atmosphere since the fireball that burst over the Russian town of Chelyabinsk in 2013. That was 440 kilotons, and left 1,500 people injured, mostly from glass flying out of smashed windows.

The event was described on Monday by scientists at the 50th Lunar and Planetary Science Conference in Texas.

When he read a report on the subject on the BBC, Simon Proud, a meteorologist and specialist in satellite data at Oxford University, decided to check the archive of images collected by a Japanese weather satellite, Himawari, which his center permanently monitors.

Bingo: the satellite was in the right place at the right time, he told AFP.

Proud published the image on his Twitter account: what looks like an orange ball of fire above the clouds and sea, but which is in fact a cloud of dust from the meteor caught in the sunlight, Brown said.

Some colour views of the #meteor that flew over the North Pacific in December 2018, taken by Japan's #Himawari satellite.
The meteor is really clear here – bright orange fireball against the blue + white background!

“It doesn’t surprise me,” said Patrick Michel, research director and asteroid specialist at the observatory of the Cote d’Azur in southern France.

“It is a good reminder that there are a bunch of these things that pass over our heads and that it would be good to be more concerned about them,” he told AFP.

“It should remind us that even if it is the least likely natural risk we face, it is a still a risk that exists and will in the long term become a reality,” he said.

The rock was roughly 10 meters (33 feet) in diameter: the most dangerous celestial bodies for the Earth are those in excess of 150 meters.

“We were lucky it was over the ocean. It can happen again, and someday there will be a bigger one,” he said, noting that the ESA plans to ask member states for a budget to create a better protection system against asteroids during a ministerial meeting in November.

“That meteor explosion is a perfect promotion for our program. And it is free,” he said.