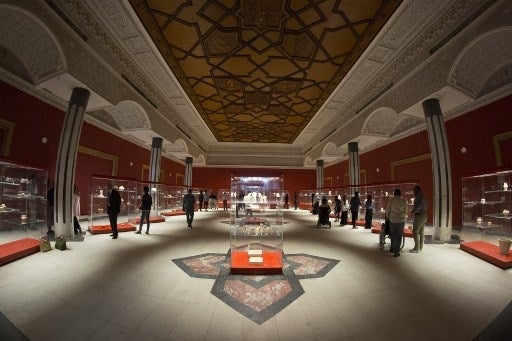 Over 2,000 artifacts, including about 100 that were looted and found abroad, were unveiled Tuesday in a museum in Basra province on the southern tip of Iraq, authorities said.

Basra is the most oil-rich province in Iraq but its heritage sites have long been neglected.

On Tuesday between 2,000 and 2,500 pieces went on display in the Basra Museum, the second largest in Iraq, said Qahtan al-Obeid, head of archeology and heritage in the province.

“They date from 6000 BC to 1500 AD,” he told AFP, referring to the Assyrian, Babylonian and Sumerian periods.

Obeid said about 100 artifacts — most of which came from Jordan and the United States — were given back to Iraq to be displayed in the museum, a former palace of deposed dictator Saddam Hussein.

The heritage of Iraq, most of which was former Mesopotamia, has paid a heavy price due to the wars that have ravaged the country for nearly four decades.

Following the US-led invasion that overthrew Saddam in 2003, Islamic State group jihadists destroyed many of the country’s ancient statues and pre-Islamic treasures.

During its occupation of nearly a third of Iraq between 2014 and 2017, IS captured much attention by posting videos of its militants destroying statues and heritage sites with sledgehammers and pneumatic drills on the grounds that they are idolatrous.

But experts say they mostly destroyed pieces too large to smuggle and sell off, and kept the smaller pieces, several of which are already resurfacing on the black market in the West.

The United States says it has repatriated more than 3,000 stolen artifacts to Iraq since 2005, including many seized in conflict zones in the Middle East. NVG