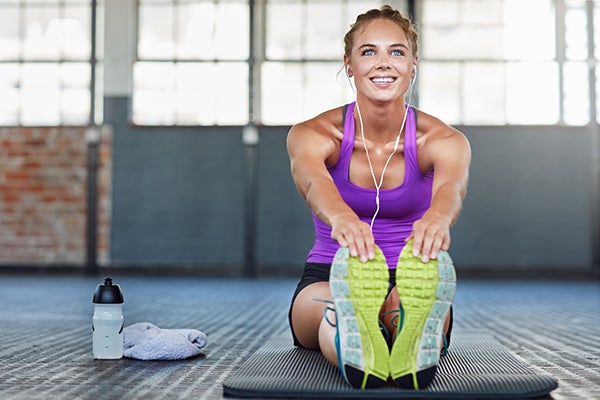 International Day of Happiness 2019: How exercise can help boost joy

Wednesday, March 20 marks this year’s International Day of Happiness, first launched in 2013 by the United Nations to recognize and promote key aspects of happiness and well-being for everyone around the world.

With many studies linking exercise to a reduced risk of mental health problems such as depression and a better mood, here we round up some of the recent research which shows that being active could make you happier.

Work out in a group

A small United States study found that working out in a group could bring bigger reductions in stress levels and bigger improvements in quality of life than working out alone, even though those who exercised alone worked out for twice as long. A European study which looked at elite and junior elite athletes also found that those who took part in individual sports were more likely to develop symptoms of depression than those who take part in team sports. The researchers explained that as social contact also appears to be a key factor in preventing depression, taking part in team rather than individual sports could also be beneficial.

Get your kids exercising too

A Canadian study published back in 2017 found that children who exercise may have a reduced risk of developing depression in the future. After conducting a meta-analysis of 40 studies involving a total of 90,000 kids and teens between the ages of eight and 19, the researchers found a statistically significant association between increased physical activity and a lower risk of future depressive symptoms. A Norwegian study published the same year also found that keeping active with moderate to vigorous physical activity, such as sports, games and exercise, could protect children aged six to eight from developing depression during childhood.

A small pilot study which looked at 60 inactive participants with a sedentary lifestyle found that taking part in Zumba classes could have long-lasting positive effects on health, especially on emotional well-being. After attending a Zumba physical exercise program three days a week over a five-week period, the participants showed significant improvements in their quality of life, as measured by eight different and important dimensions, with the emotional dimension showing the biggest improvement.

Aim for just one hour a week

Australian researchers found that even just one hour a week of physical activity could be enough to ward off depression. After following 33,908 Norwegian adults for more than 11 years, the team found that those who reported doing no exercise at all at the start of the study showed a 44 percent higher chance of developing depression compared to those who were exercising one to two hours a week, and that 12 percent of cases of depression could have been prevented if participants undertook just one hour of physical activity each week.

A European study which looked at the effect of various modes of transport on health found that active transport is better for boosting physical and mental health than more sedentary forms such as driving. The researchers found that cycling is the best urban mode of transport for boosting health, including better mental health, greater vitality, lower self-perceived stress and fewer feelings of loneliness, while walking was the second most beneficial transport mode. JB

SWS: 51% of Filipinos are happy with their love life