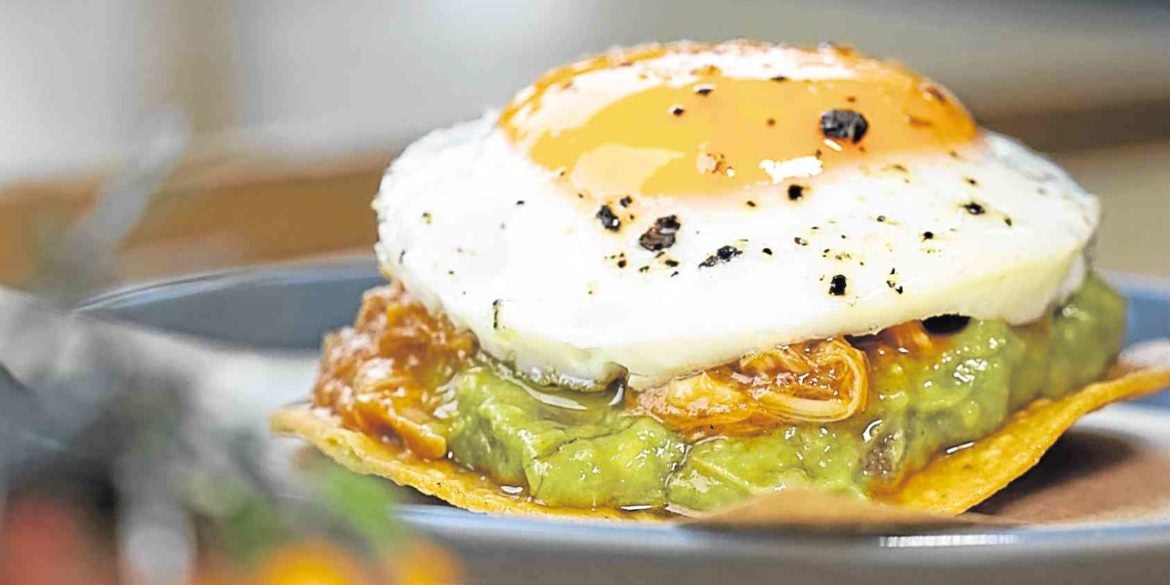 Servers remember your name and know your usual cocktail

At Chino, expect the servers to ask how your day is going—or they may even have a tequila shot with you. This is part of the community-building service they offer in the restaurant.

And though many customers are not quite used to this level of cordiality, owners Erik Idos, Tracey Wei, and Dom Hernandez won’t have it any other way.

Idos, a Filipino-American chef, has worked in highly rated restaurants in the US, including Per Se, Daniel, and Le Bernardin. But it was at Nobu where he imbibed the culinary philosophy he continues to practice, and where he met Wei, then a pastry chef in Nobu’s San Diego, California, branch.

In 2010, they both moved to Asia where Idos landed the head chef position at Nobu Hong Kong. “They have taken me everywhere. Nobuyuki ‘Nobu’ Matsuhisa has become one of my mentors,” he says.

It was at Nobu, and from their friends at Yardbird HK, where Idos and Wei learned the service style they’ve applied in their own restaurant.

“At Chino, our servers make recommendations. If the guest has been to the restaurant, they suggest what specials to try,” Wei adds. They tell guests when they’ve ordered too much.

The waitstaff, many of them in their 20s, have been trained to be attentive. They keep the tables clean. They chat with you, and even offer drinks before you go.

It’s an approach Manila isn’t accustomed to, especially in a taqueria where the food is enjoyed in either a fast-food or self-service environment.

But this has been one of the reasons customers keep coming back. Regulars from Guam, for example, even bring home souvenirs for the staff whenever they’re in town. It promotes a sense of community and belonging—the servers remember your name or know your usual cocktail.

“We want them to feel at home,” says Wei, something many dining establishments promise, but fail to execute.

Idos already had the concept of Chino mapped out even before the opportunity to open his own restaurant came about. “I basically did the two things I love to eat—Mexican and Japanese. I wanted my resto to look like a retail space. I love stainless steel and concrete. Just simple.”

In 2014, he met the right partners and opened Chino in Hong Kong in December.

“We got so busy every single night,” says Wei. “People waited for an hour for a table. Our space can only sit 40-45 guests and we would do three to four rounds every night,” she says.

After five years, “I still get compliments from people,” says Idos.

Restaurateur Dom Hernandez was so impressed with the food that he e-mailed them to ask if they were interested in opening in Manila. Even if they already had offers from Singapore and China, Hernandez’s offer was too hard to refuse—and, as Idos says, there was something special about coming home.

A lot of its items come from abroad—hamachi for ceviche is flown from Japan twice a week. And so are the shiso, mizuna and mushrooms. The avocados come from Australia; they want to use the local variety, but it is seasonal and creamy only for a certain period.

“I don’t want to serve watery guacamole. That’s not what the brand stands for,” says Idos.

To be competitive, the business partners found substitutes for other ingredients, like shiitake instead of maitake mushrooms. They also process their own cheese using buffalo milk, instead of cotija from Mexico.

Idos loves playing in the kitchen and adds news dishes. There’s the crispy fried soft-shell shrimp, the head of which you can chew and eat, served on top of pickled watermelon; ebi rice, a cross between fried rice and risotto in texture, topped with baby shrimps; and sticky, sweet and spicy fall-off-the-bone pork ribs.

Chino also has off-the-menu specials like this month’s tlayuda, which is inspired by a recent trip to Mexico: Flour tortilla acts as pizza crust and canvas for black beans, cheese, chorizo, avocados and pickled onions.

On April 2, it will open for lunch, with rice plates like soy-braised pork belly with garlic corn salsa, and achiote-marinated chicken breast.

The beverage menu is impressive—from something light like aguas frescas and pinipig horchata, to beers, wines, highballs and creative cocktails like the Negroni Blanco and Mezcal Old Fashioned.

A regular customer describes Chino best: “This is what Manila needs—and deserves.” —CONTRIBUTED