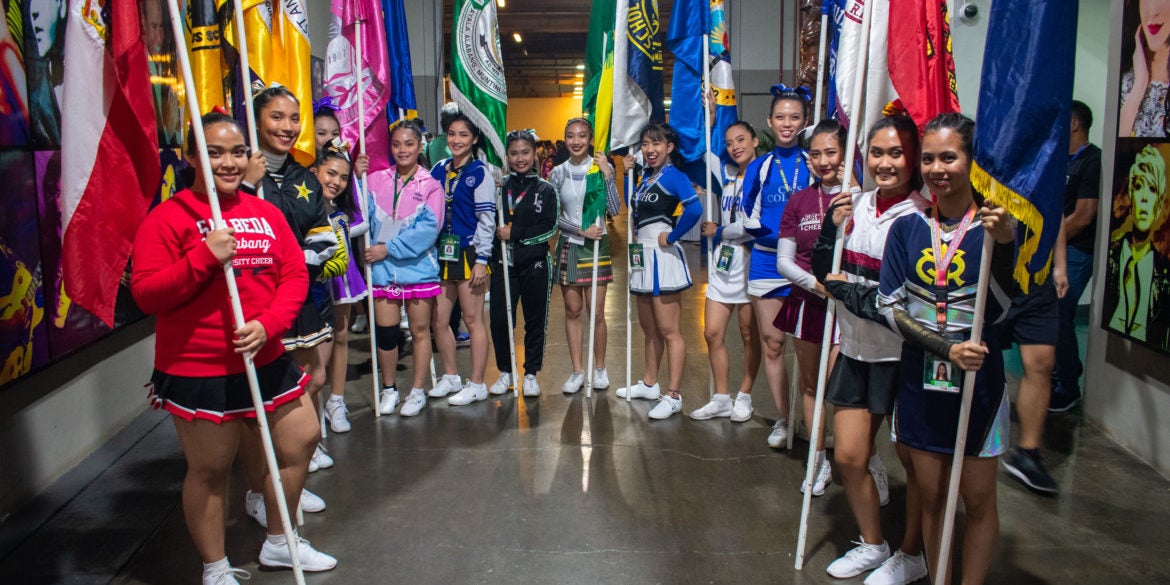 A ‘miracle’ happened in the 49th WNCAA Tri-League Cheerleading Competition

When cheerleaders cheer for their opponents as well

Every sport is competitive. The word itself means an activity where individuals or teams  compete against each other.  And it is the drive to win that could cause strife among competitors and even the audience.

Tournament director Abigail Lee Alvia said she was shocked and considered it “a miracle” that the competing teams’ respective supporters cheered even for their opponents.

“This is the goal of WNCAA cheerleading, not for the teams to compete against each other but to compete together,” she said.

Alvia added that this was the first time she witnessed such a scene. “Rivalry was prevalent, and indifference was the biggest problem of the WNCAA,” she admitted. “But this year, something changed.”

The stereotype of a cheerleader is perceived as “arrogant,” she said. “But cheerleaders should be seen as how they are, people who cheer for the love of it.”

She believes the notion can be debunked when people start seeing it as “an activity that can help develop and improve a person.”

“In the WNCAA, cheerleaders do their best to represent their schools in the mats,” says Alvia. “Some schools conduct training every day. Performing in the mats is one thing, but the journey before and after the performance is everything.”

The goal of cheerleading is to boost the team’s morale. The WNCAA Cheerleading teams transcended that goal by cheering not only for their respective schools, but also for their opponents.

The beauty of cheerleading lies in how it promotes unity in competition. —CONTRIBUTED