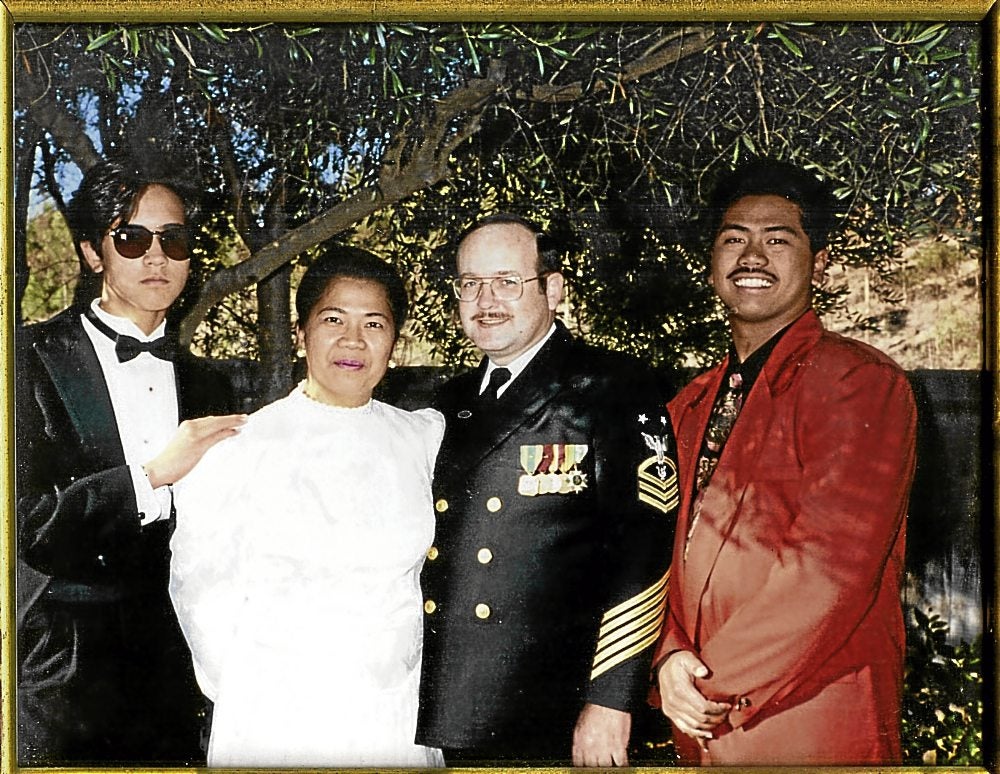 What does one do when one is doomed to die from avascular necrosis (cancer that causes death to the bone), her kids grown-up, and her husband, a US colonel, also dying of cancer?

In the case of 2002 Grand Jury Prize Winner of both Cinemanila and Brussels International Film Festival Eufemia “Minnie” Solomon Crouse, she became the runaway patient, employee, daughter, wife, mother and sister to fulfill her passion: do a movie of her dreams, win an award, and get the chance to exhibit her movies at Sundance Festival and Cannes.

But then, grit and determination have always defined her life. When Crouse was diagnosed with cancer in 1988, she underwent a depression, got bored doing chores, and began waiting for doomsday. She fled and left everything behind—home, hospital, husband, country.

“I was tired of being the good daughter, sister, wife, mother, employee and, most of all, patient—of being good to everyone and everything and what I was supposed to be. It was time to focus on my goals and dreams,” she recalls.

Off she went to the University of the Philippines Film Center to enroll in a short filmmaking course, with her walker—she had had a hip replacement due to a car accident—medicines, a firm desire to beat all the odds and the contrary advice of her doctors’ wishes in the States.

Before that, she had gone to Siquijor, where she settled with her love Cielo Lacad, a musician she met on a cruise ship during her escapade. Then she bought a five-hectare property in the province that she turned into Olang Arts Center, where underprivileged Siquijor children are now exposed to the arts.

She also heard of Wilke Duran Monte, a 44-year-old laborer who had septicemia, a disease related to his job in a mining company. Wilke died January 10,2001.

In an 18-minute documentary she did of Wilke before his death, Crouse captured the poignancy, poetry and cruelty of the life of Wilke as he lay in his deathbed recounting his job, his illness, hopes and dreams. Crouse also faced three libel suits from the mining company,  but she persisted. She made the film and exhibited it. As a result, the mining license was revoked, the mine stopped operating and Wilke’s orphaned family got financial and educational support.

Crouse believes film is potent vehicle for social change and hopes she has more years to live to do this.

“I’ve always wanted to depict real people, real lives and real emotions. I have but one goal for each of my photos and my films—to open new worlds for audiences. I also want to make them feel how it was like to be challenged, discriminated against, suffer in pain and go through trials, and then to stand up and finally be heard.”

A born fighter, Crouse is the third of 12 children. “We were hard up, always lacking money,” she recalls. She enrolled in a two-year technical course—Commercial Radio and Telephone Operations—in 1964 at the University of Baguio, then topped the International Morse Code (communication used in transmitting and receiving communication besides telex) examinations.

Upon graduation, she interned at PLDT and Philcomsat and quickly found jobs in military and radio networks like Radio Philippines Network, TABAK Division of the Armed Forces of the Philippines.

In 1969, while working at the Armed Forces Communication and  Electronic Association, she taped the reelection speech of then President Ferdinand E. Marcos. He and Secretary of Defense Juan Ponce Enrile then recommended her for a scholarship at the Dilehanty Institute of Electronics in New York on September 1971.

But the ever feisty and responsible Crouse did not stay studying for long. She left and found a job to help support her siblings. She worked first with Standard Communications, where she worked with four Japanese technicians who spoke no English. Being the only English-speaking worker, she soon got ahead.

But not content with that, she also worked in the US Navy and married Everett Crouse, a master chief musician who played the clarinet and saxophone and who also was a professor at the School of Music of the US Navy.

As a Navy couple, they were on the go, moving every  three years. She always took radio jobs where they went, such as with the Radio Corporation of America, which built products for the Goddard Space Flight Center in Maryland under the National Aeronautics and Space Administration, and Honeywell Information System in San Diego.

All these jobs allowed her to send money home to Baguio for the education of her siblings. Today, she proudly claims she was able to claim her 11 siblings and settle them in America.

Then in 1982, in Guam, Everett was diagnosed with cancer. Crouse stopped working to concentrate on community work. She worked with the COMNAVMARIANAS, a branch of the Navy working for the underprivileged.

With Everett placed on limited duty, they were back in San Francisco and she took a teaching aide job at the Military Elementary School in Treasure Island in San Francisco. She also took a job as a travel agent doing bookings, and even enrolled  at the International School of Travel.

It was back in Maryland, working with the University of Maryland’s Engineering Astronomy and Physics Department, where she immensely enjoyed her time with “nerds and out-of-this-world minds.” But she met the car accident that was to change the course of her life.

In the hospital, she was abused by a white medical worker who apparently did it to colored women, thinking they would not protest. She was able to get 17 other witnesses to testify in court and have him jailed.

Then, in 1988, Crouse was diagnosed with cancer. That propelled her to start doing what she had always wanted to do: make the movie of her dreams. After 2002, she had to focus on battling her health problems. A tumor had grown between her back upper head and left eye, so her sight was fast eroding. She had, for many years, postponed the operation, against the doctors’ advice.

“It was really a real bonding of mother and son, plus I met Brad Pitt, George Clooney. I could really die after Cannes.”

“But, on second thought, not just yet,” she says, laughing. Hearing this, one finds it hard to imagine that she has landed in the emergency room twice in two months.