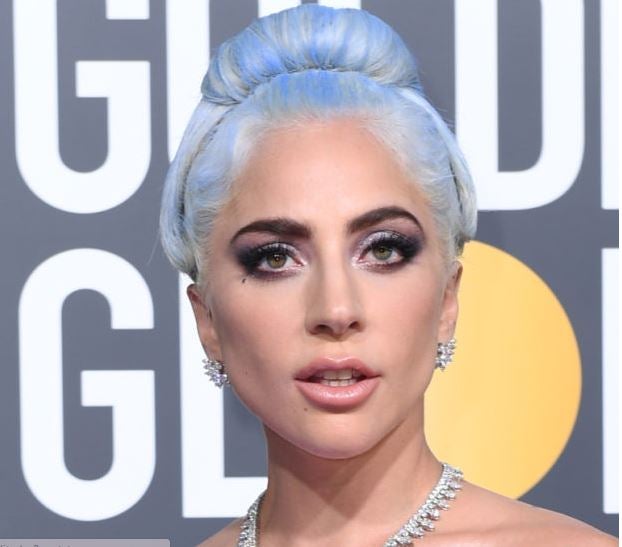 Lavender blue might well be the unofficial beauty shade of 2019

Periwinkle, the lavender blue shade associated with playful 1990s makeup, is currently enjoying something of a red carpet revival. Five celebrities show us how to work the color into our looks this season.

Leave it to Lady Gaga to kickstart one of the biggest beauty trends of the year so far; the musician and actress brought baby blue to the forefront when she rocked up to the Golden Globes in January sporting an icy blue hair color that perfectly matched the shade of her gown.

Taylor Swift put her own spin on the trend last week when she arrived at the iHeart Radio Awards wearing a baby blue pedicure that complemented the shimmering, pastel tones of her sequin playsuit and metallic, butterfly-adorned stilettos.

Actress Laura Harrier showcased matching baby blue makeup and fashion at the Oscars this year, rocking an embellished Louis Vuitton dress in the color and teaming it with a smudge of eyeshadow in the same hue.

Makeup mogul Kylie Jenner has teamed up with Adidas on a “Reveal Your Voice” fashion collection that launched this month, and according to Vogue, the series was based on one of her Kylie Cosmetics lip kits.

“Shady [is] this really beautiful blue, it’s out of the box and inspired me to create all of these super cute clothes with Adidas,” the star told the publication.

Jenner, who is an Adidas ambassador, has previously been snapped wearing a top from the label in a similar color.

Supermodel and activist Adwoa Aboah is not afraid of a bold beauty moment, and the British fashion icon gave the official nod of approval to the periwinkle trend last month with a playful eyeshadow look that she teamed with a bejeweled tiara for maximum effect.

While Pantone revealed that 2019’s color of the year is a vibrant “Living Coral,” there sure is some space for periwinkle to be yet another 1990s comeback fashion trend this season. CE/JB

Pantone announces Living Coral as 2019 color of the year

#nomakeup, ‘glass skin’, all coral and other beauty trends to try in 2019