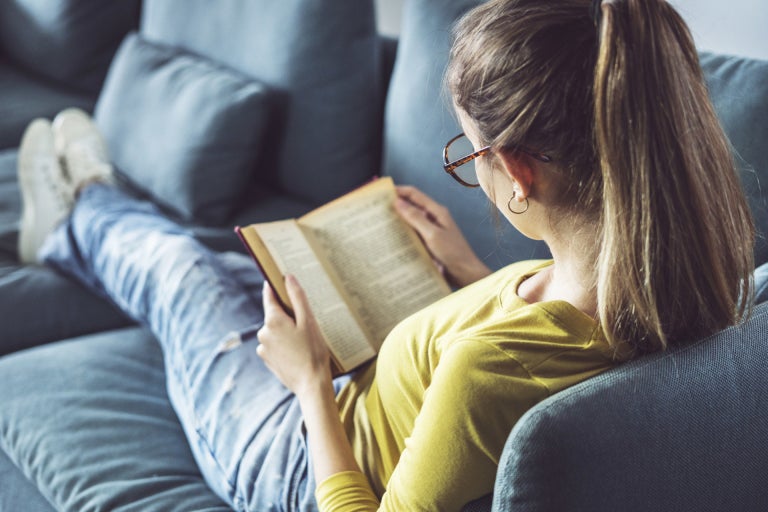 Spending some time alone could be a good thing for teenagers, and not a cause for concern according to a new study. © seb_ra / IStock.com

‘Being alone doesn’t mean nobody likes you’: Study says ‘alone time’ could be good for teens

New United States research has suggested that spending some time alone could be a good thing for teenagers — and is not necessarily something to be worried about.

Carried out by researchers at the University of California, Santa Cruz and Wilmington College, the new study recruited 803 adults and 176 adolescents and asked them to complete a new 14-item survey developed by the researchers for the study.

The survey asked participants to rate their motivations for solitude on a four-point scale by answering questions such as, “I feel energized when I spend time by myself,” and “I enjoy the quiet,” as well as “I feel uncomfortable when I’m with others,” and “I regret things I say or do when I’m with others.”

The findings, published in the Journal of Adolescence, showed that the key factor as to whether solitude has a positive or negative effect on mental health is choice.

When adults or teens had solitude imposed on them, perhaps because they experienced anxiety, or when used as a punishment for teens, then this was linked with lower well-being and feelings of loneliness, social anxiety and depressive symptoms.

However, if the participants chose solitude, then this appeared to have a positive effect on well-being and was associated with improved personal growth and self-acceptance.

“Solitude has gotten a lot of bad press, especially for adolescents who get labeled as social misfits or lonely,” said co-author Margarita Azmitia. “Sometimes, solitude is good. Developmentally, learning to be alone is a skill, and it can be refreshing and restorative.”

Co-author Virginia Thomas, Ph.D., also added that alone time can give teens an opportunity for self-reflection or creative expression, and that in today’s fast-paced world where we are always connected, some time for solitude can be a good thing.

“Our culture is pretty biased toward extroversion,” she said. “When we see any sign of shyness or introversion in children, we worry they won’t be popular. But we overlook plenty of well-adjusted teens and young adults who are perfectly happy when alone, and who benefit from their solitude.”

“The question is how to be alone without feeling like we’re missing out,” said Thomas. “For many people, solitude is like exercising a muscle they’ve never used. You have to develop it, flex it, and learn to use time alone to your benefit.”

The researchers added that parents can play a role in helping children learn how to be alone, and that it can be a good thing.

“Solitude can improve the well-being of kids who are overstimulated. They can learn to regulate their behavior, on their own, without being told to,” said Azmitia. “Parents can help their children understand that being alone isn’t bad. It doesn’t mean nobody likes you.” CE/JB

Increased screen time linked to insomnia and depression in teens