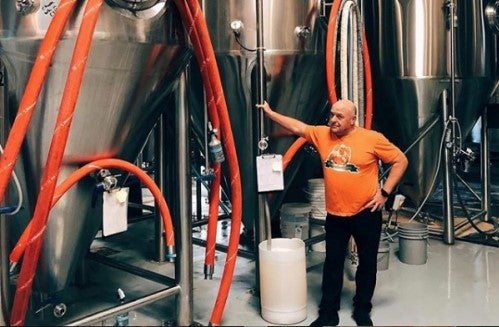 ‘Breaking Bad’ beer is to become a real thing

With Homer Simpson’s Duff Beer having already been transformed from fiction to reality, why not Schraderbraü from the crime drama “Breaking Bad”? The project has been in the pipeline since last year and the beer is expected to be available in stores at the end of May, actor Dean Norris (alias Hank Schrader) has told United States media.

In “Breaking Bad”, Drug Enforcement Administration Agent Hank Schrader had an absolute passion for beer from the second season, and made his own home brew. This became such an integral part of the character that fans of the series wanted to sample it themselves.

Dean Norris has told Esquire that he decided to work on producing Schraderbraü on the tenth anniversary of “Breaking Bad” last year. It took some time to find a brewery that was up to the task. In the end, California-based company Figueroa Mountain Brewing Co. was chosen to produce the amber brew. The American actor proudly displayed his involvement in the project by posting a photo of himself alongside the tanks on his Instagram account.

Schraderbraü is set to become available at the end of May. Fans of the series who are not American will not be disappointed as there are plans to sell the German-style lager online. Expect to pay between $5.99 (about P315) and $6.99 (about P367) a bottle.

Fans will also be pleased to learn that Norris already has plans for a winter beer and a summer pale ale. There could even be a beer created with his screen partner Agent Gomez in the future. CE/JB

‘Breaking Bad’ film coming, but will Walter White be in it?