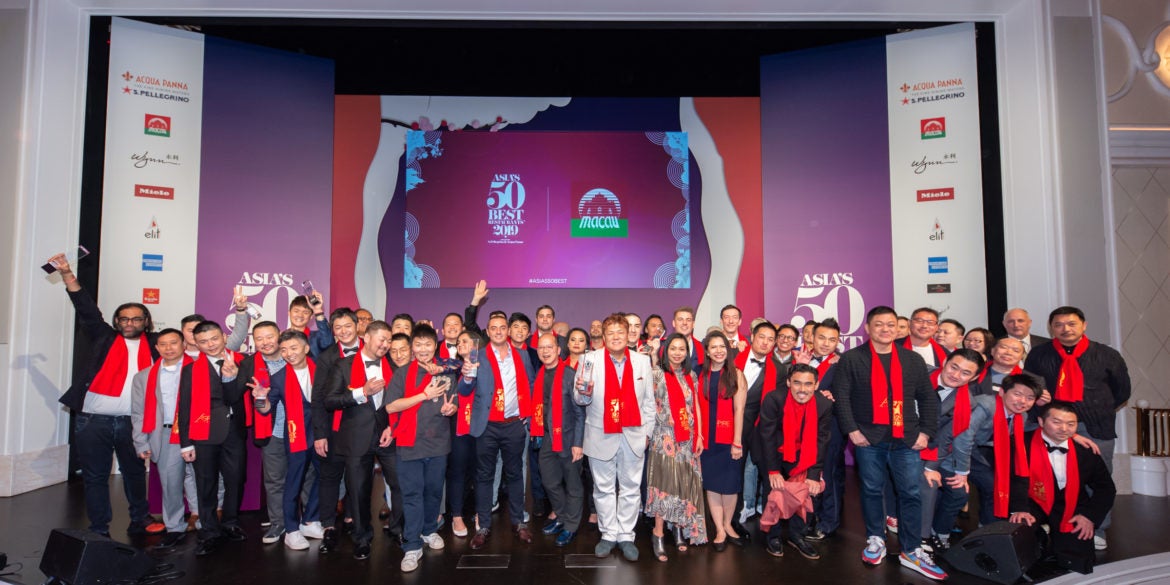 The chefs and restaurateurs from the top 50 restos in Asia

Singapore’s Odette has put an end to Gaggan’s four-year winning streak and is named Asia’s No. 1 restaurant for 2019.

In a momentous announcement during the S. Pellegrino and Acqua Panna-sponsored Asia’s 50 Best Restaurants 2019 on March 26, held at the Grand Theater of Wynn Place in Macau, the 2013 One to Watch recipient was hailed not only as Asia’s best, but also the first restaurant from Singapore to bag the most coveted spot.

“It’s hard to believe. It’s amazing,” says Odette chef Julien Royer. “The idea behind this restaurant was really to provide great fine cuisine and genuine hospitality. The restaurant was named after my maternal grandmother and she’s the one who showed me how much pleasure, emotion and love you can give people through cuisine and hospitality. This is my tribute to her.”

Belon in Hong Kong took a huge leap to no. 15 from last year’s no. 40, while Gaa in Thailand, whose chef Garima Arora took home the Asia’s best female chef award, was also recognized for being the highest new entry (no. 16). Arora’s restaurant is joined by three other female chef-driven restaurants in the elusive list—Paste (no. 28), Bo.Lan (no. 19), and Nahm (no. 22); Nahm’s kitchen is now headed by Pim Techamuanvivit.

Japan has the most number of entries in the list at 12, with four in the top 10 and two newcomers, namely Sazenka (no. 23) and Sugalabo (no. 47). Eight other restaurants enter the roster for the first time, including Sorn (Bangkok), Vea (Hong Kong), Dewakan (Kuala Lumpur), Wing Lei Palace (Macau), and the Philippines’ Toyo Eatery, which landed on the 43rd spot. It’s the sole restaurant from the Philippines.

“We’re super grateful,” says May Navarra, the hardworking wife of Toyo Eatery chef Jordy Navarra and the one responsible for front-of-house operations. “And we’d like to thank our team who works relentlessly every single day and firmly believes in our philosophy. We’re also grateful to everyone in the industry—chefs, media, both local and regional—who have been supportive in what we do and stand for. And of course, we’ll always be grateful to our families and friends who believed in us when all we had was a vision.”

Special thanks to Wynn Palace in Macau; Asia’s 50 Best Restaurants, sponsored by S. Pellegrino and Acqua Panna; and CatchOn.