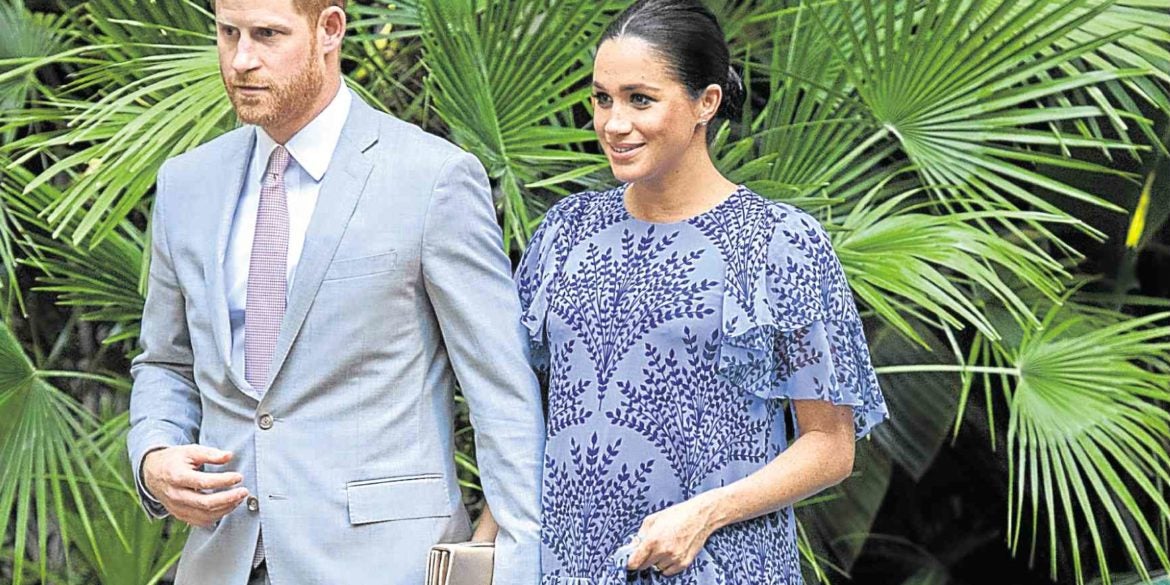 All the dresses we imagined worn by one specific royal, as Cindy Kwah, regional operations manager of CH Carolina Herrera, presented the brand’s Spring-Summer 2019 collection at the Greenbelt 5 boutique.

It’s inestimable the value and mileage Meghan Markle, Duchess of Sussex, brings to a brand she wears. As one of the world’s most photographed women, not only does she create instant clamor for the things she wears, she also boosts the labels’ profiles. What fashion company, after all, doesn’t want to be identified with the stylish (and, arguably, current most popular) royal?

One of the brands that has been benefiting from the royal’s stamp of approval is Carolina Herrera.

On her recent trip to Morocco with husband Prince Harry, the pregnant duchess wore a custom blue floor-length Carolina Herrera dress that received the approval of style pundits.

As a newlywed last year, she also chose the brand for her first appearance at the Trooping of the Colors—a two-piece off-the-shoulder pink buttoned number. She carried a Metropolitan Insignia clutch from CH Carolina Herrera, the brand’s bridge line (she’s been known to wear only one designer brand, head to toe, for some of her high-profile official engagements).

At her baby shower in New York last February, royal fans went gaga over a purse she carried. It was a simple, lightweight taupe leather shopper called Matryoshka, also from CH. It retails at P43,700 in the Philippines and can be custom-made in a customer’s favorite color. (All CH bags and apparel are made in Spain; custom bags take four months to make.)

Obee Ham, business development manager of Trimark, local franchisee of the brand, confirmed that interest spikes whenever the duchess wears pieces from CH. “But it’s not just Meghan Markle that drives them to the store,” she added. “Customers also want what Heart Evangelista and other celebrities are wearing and carrying.”

The Philippines is CH’s biggest market in Asia. The apparel is doing remarkably well—a feat considering some Filipino women wouldn’t blink at spending six figures on a purse, but might balk at the P80,000 price tag of an off-the-rack designer dress.

Ham had said in a past interview that CH’s market here appreciates the convenience of buying a chic and well-made ready-to-wear dress. (CH offers free alterations for women’s dresses with extra-long hemlines.)

From the new collection, Kwah showed key pieces in CH’s best-selling fabrications—taffeta, knits, lace, jacquard, crepe de chine, and crepe. Crepe, she said, is a mainstay material in the collections since it’s lightweight and doesn’t wrinkle easily, which makes it good for travel.

Apart from key CH colors—red, navy, ivory and black—women will find splashes of pink, yellow and green in the season’s apparel. Green is quite popular in Asia, perhaps owing to the climate, Kwah noted. “It’s a cool color to wear.”

“All materials and prints are done in-house,” Kwah added. The ornamentations—bows, ruffles—are playful, but also distinctly Carolina Herrera-feminine. “We follow trends, but we design the dresses such that they’re also timeless. You can wear them across seasons.”

And, the dresses, including evening wear, have one nifty little detail many women love: pockets.