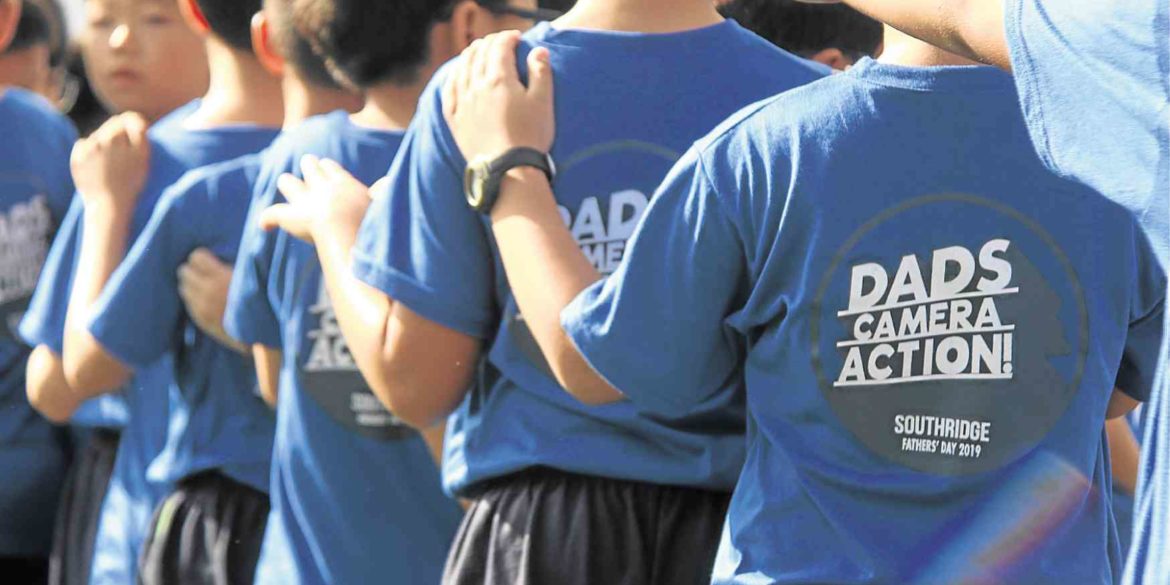 This year’s theme, “Dads, camera, action!,” marked the first time the school celebrated Father’s Day on campus. High School Batch 2019, which produced it, wanted it to be an unforgettable event.

The school was transformed into a Hollywood “Southridge Studios.” Students and guests were greeted by famous movie characters and a Universal Studios Globe installation.

There was a Walk of Fame pathway, which led to the booths and various activities.

The fair opened at sunrise, with a morning parade of students from all levels dancing to Hollywood soundtracks.

Meanwhile, guests flocked to the merchandise booths and food stalls at Sunset Boulevard and Rodeo Drive.

Students then joined the tug-of-war games between the “Helm” and “Vinta” houses of each batch.

At the Hollywood Stadium, dads and alumni played games including Frisbee, volleyball and basketball.

In the afternoon, at The Main Theater, students and their parents watched family shows like “The Great Magician,” “Mime Brothers,” “The Amazing Acrobats” and “The Python Exhibits.”

At the Hollywood Bowl, students performed musical numbers in Battle of the Bands. Later on, there were special guest performances by Paolo Sandejas, No One’s Home, She’s Only Sixteen, Mellow Fellow, The Authority and Itchyworms.

At dusk came the much-anticipated Night Parade featuring all student levels. Each batch showcased its dancing skills and creativity in interpreting a movie genre.

Looking back, it must be mentioned that the high school seniors stayed up and worked round-the-clock for the event. An upperclassman, John Malabanan, noted: “Father’s Day [at the school] was worth the students’ effort and commitment. It was fulfilling to see everything and everyone come together as one.”

The preparations were so hectic that some students had to take power naps to keep going.

The school administration, as well as the guests, took note and appreciated the whole experience.

High school senior Kevin Limbaco said: “We wanted to put on a show to make people of all ages happy.”

His batch wanted to go over the top before they graduate.

The school fair would not have been a success without the support and the cooperation of everyone, from class moderators and committees to the point persons who made it easier for everyone to get their tickets. We thank everyone who supported this event, and we’re looking forward to seeing you next year! —CONTRIBUTED