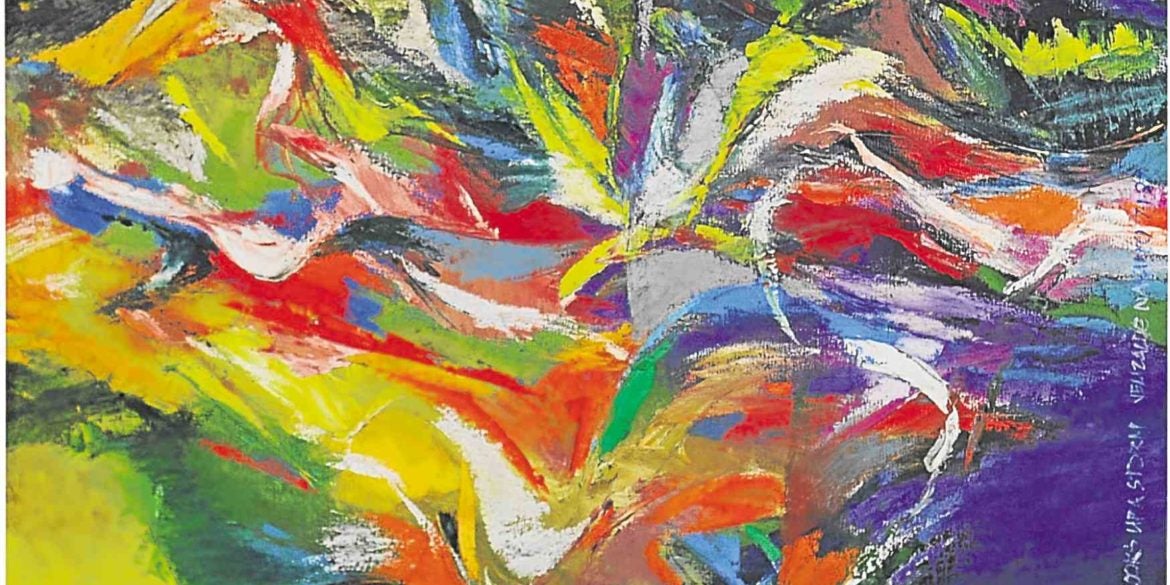 “Mother Earth Cooks Up A Storm,” by J. Elizalde Navarro

“Death of Cleopatra” (10” x 15”) won Luna a silver medal in the 1881 Madrid Exposition of Fine Arts, three years before winning the gold for “Spoliarium.” The boceto, which was signed by the artist and inscribed with a dedication to his father, once belonged to Dr. Eleuterio “Teyet” Pascual.

Luna’s “The Hunting Party,” unsigned and undated but whose attribution was confirmed by Art Analysis & Research in London, sold for P9.93 million. It once belonged to the estate of Maria Nuñez Rodriguez.

But the work that fetched the highest price in the auction was National Artis Benedicto “BenCab” Cabrera’s 2008 painting from his “Sabel” series. It was sold for P16.35 million.

“People are willing to allocate their funds to rare and collectible art, furniture, timepieces, and jewelry to diversify their assets,” Lerma said. “As the population of high-net worth individuals increases, demand will continue to rise while supply remains limited.”

Other works that sold over the P9 million range include Félix Ressurección Hidalgo’s unsigned and undated oil painting, “Draped Nude, Reclining in a Forest Landscape”; acclaimed contemporary artist Ronald Ventura’s oil-on-canvas titled “Recover”; and an untitled acrylic-on-canvas that is part of the “Larawan” series by BenCab.

For its “Jewelry & Timepieces” sale the following day, Salcedo sold two historically significant items that were sought after by international bidders. An iconic 18-karat yellow gold ring and bracelet set from Boivin fetched P327,040 while an 18-karat yellow gold, diamond-set and nephrite jade bracelet Piaget watch circa 1970 sold for P420,480.

An ornate bishop’s chair, originally from the Tambunting collection, sold for P700,800 while a tambol aparador made from Philippine hardwood sold for P1.75 million.

“The auction was a great start to Salcedo Auctions’ year,” Lerma said. “We have been very fortunate to have the opportunity to present works by two of the country’s greatest artists. Salcedo Auctions prides itself for having the expertise that the market relies on to establish provenance and attribution. With the successful sale of these paintings by Luna and Hidalgo, we look forward to offering more old master and academic Philippine artworks at our forthcoming auctions.” —CONTRIBUTED