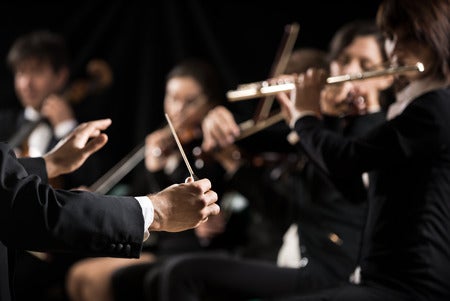 A musical director at a Catholic school in northern Utah has composed a concerto that he said is inspired by the political chaos in his native Venezuela that has led many to flee the country.

Alfonso Tenreiro’s concerto called “The Prayer” is scheduled to be performed at the Ogden Bach Festival next week, the Standard-Examiner reported last week.

Tenreiro, who first came to the U.S. as a teen in 1981, said he hopes the music brings awareness to the country that faces hardship amid political unrest and economic turmoil.

“It turned out to be a prayer — a prayer for our country,” said Tenreiro, who serves as music director at St. Joseph Catholic High School and Elementary School.

There’s little Tenreiro can do in Ogden to bring change to the South American country, but the situation weighs on him, he said. Music became a way of reflecting the anguish and hope that he sees.

“There is a hope, even though there is a lot of pain going on right now,” said Tenreiro, who lives in Ogden.

Tenreiro is a fierce critic of President Nicolas Maduro, the embattled leader who retains the support of the nation’s military leadership. Maduro is being challenged by Juan Guaido, the U.S.-backed leader of the opposition-controlled National Assembly.

“For the first time we feel real hope that things are going to get better, and the hope is centered in President Guaido,” Tenreiro said.

The concerto features oboe solos and choral elements. Tenreiro described it as “dark,” ”sweet” and “melodic.”

The turmoil there “changed, literally, my style, my approach to music,” he said. “The harmony and the beauty of the music that comes, I’m thinking of the people of Venezuela.”

When an artist is weighed down by a strong sentiment, “there’s sometimes no choice, you have to get it out,” said Gabriel Gordon, musical director for the Ogden Bach Festival. CC

Rarer than a Sumatran rhino: A woman composer