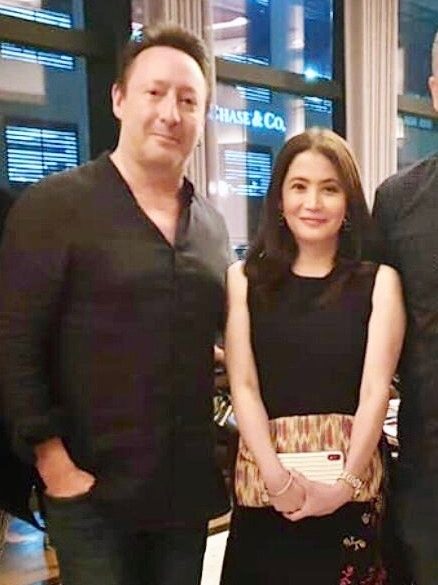 MANILA, Philippines — Julian Lennon’s next project could be a dish made with Philippine mangoes.

An avid cook, the photographer-musician son of Beatle John Lennon said he would love to include the Philippines’ national fruit in a recipe, according to Tourism Secretary Bernadette Romulo-Puyat. The Department of Tourism (DOT) has invited the environment advocate and celebrity to visit Manila and Boracay.

“He talked about a lamb dish served with coconut milk and I told him that I would trade a dozen mangoes for his dish,” Puyat told the Inquirer. “He said that he would love to include our mangoes in his recipe.”

Lennon’s Boracay visit is to help in the sustainability programs and campaign of the DOT.

“These are aligned with the advocacies of his The White Feather Foundation, which advocates for environmental conservation,” Puyat said. “At the same time, his presence in the country gives his many fans and followers in Europe some visibility of the attractions and unique character of our country. Since his arrival last March 29, he’s been enjoying his visit and posting about his trips in Manila and Boracay.”

In a text message forwarded by the DOT to Inquirer Lifestyle, Lennon said: “I’m greatly looking forward to seeing [more of] Boracay, and to see how they’re transforming the Island. I’m so impressed [that] Boracay decided to take care of the island and consider sustainable tourism, in such a smart way … And continue to do so. It’s a lesson to be learned by many, that if we wish to continue to see the beauty in the world, we must respect it, in every way.”

Lennon founded The White Feather Foundation, a charity, in 2007, to tackle environmental humanitarian issues. It has helped raise funds to help alleviate poverty in places like Kenya, Sri Lanka, Peru and Gambia.

It has also funded environmental projects in his native England. One of the foundation’s major projects is to provide clean water in developing nations.

The DOT met Lennon in 2017 through BBDO, the department’s digital PR agency for sustainable tourism, and the music agency Syn, whose partner is a good friend of Lennon.

“We kept the conversation going until the opportunity came up to make it happen at this time. It helped that Julian was in the region and could fit this trip in with his other commitments,” Puyat said.

Lennon, 55, is the son of John Lennon with his first wife Cynthia.

Paul McCartney, to whom the younger Lennon was close, reportedly wrote “Hey Jude” — originally titled “Hey Jules.”  It was one of the topics during Lennon’s dinner with Puyat, the Cabinet secretary said.

Before flying to Boracay, Lennon also went around Intramuros.

“I loved cycling around Intramuros, and learning so much about the area and Manila, in general. So much history. Absolutely fascinating,” he said in the text message.

“I found the Filipinos, in general, to be a very warm and kind people, regardless of their station in life. [They’re] always Welcoming, considerate and respectful.”