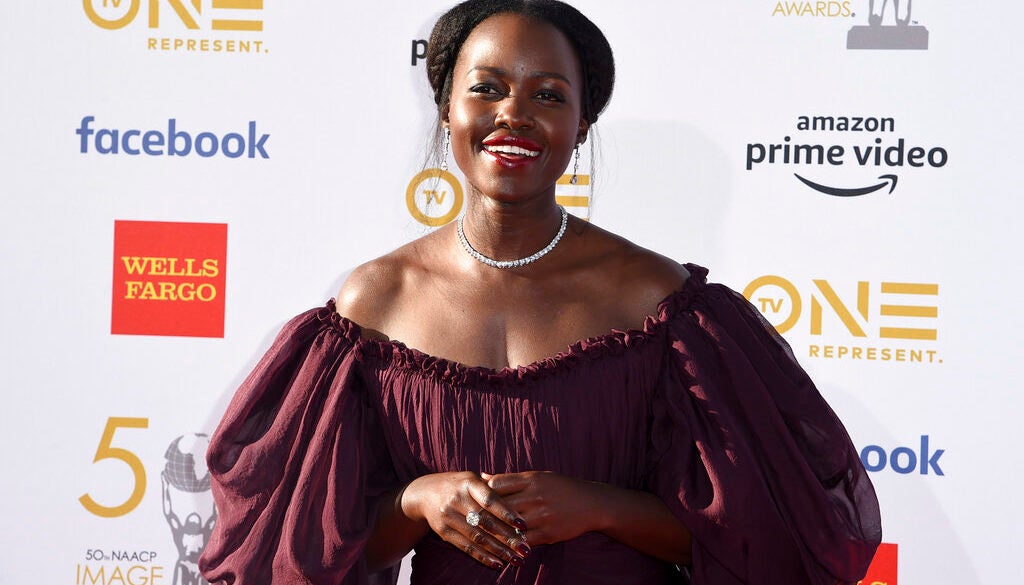 Lupita Nyong’o grew up being taunted for her dark skin, and now she hopes children will be inspired by a picture book she’s written.

The Oscar-winning actress announced today, April 2, on Twitter that her book “Sulwe” is available for pre-order and will be released on Oct. 1.

I wrote a book called #Sulwe! This is the cover, illustrated by @VashtiHarrison! Available for pre-order now & out Oct 1 ➡️https://t.co/O04OLMf5XX
I wrote Sulwe to inspire children (and everyone really!) to love the skin they are in & to see the beauty that radiates from within. pic.twitter.com/z0gpC2neOX

The book features a child named Sulwe whose skin is “the color of midnight” and yearns to have lighter skin like her mom and sister.

“I wrote ‘Sulwe’ to inspire children (and everyone really!) to love the skin they are in & to see the beauty that radiates from within,” Nyong’o wrote on Twitter.

She is seen holding the children’s book, which has an illustration of Sulwe on the cover.

Previously, the Kenyan-Mexican actress spoke up on colorism she experienced growing up in Africa.

In 2014, Glamour named her as Woman of the Year and she discussed in an interview how she was taught early on that being darker than others was a disadvantage.

“European standards of beauty are something that plague the entire world. The idea that darker skin is not beautiful, that light skin is the key to success and love.”

She credited prominent black women like Oprah Winfrey and Whoopi Goldberg in “The Color Purple” for inspiring her to become an actress.

She told Glamour, “Until I saw people who looked like me, doing the things I wanted to, I wasn’t so sure it was a possibility.”  /ra