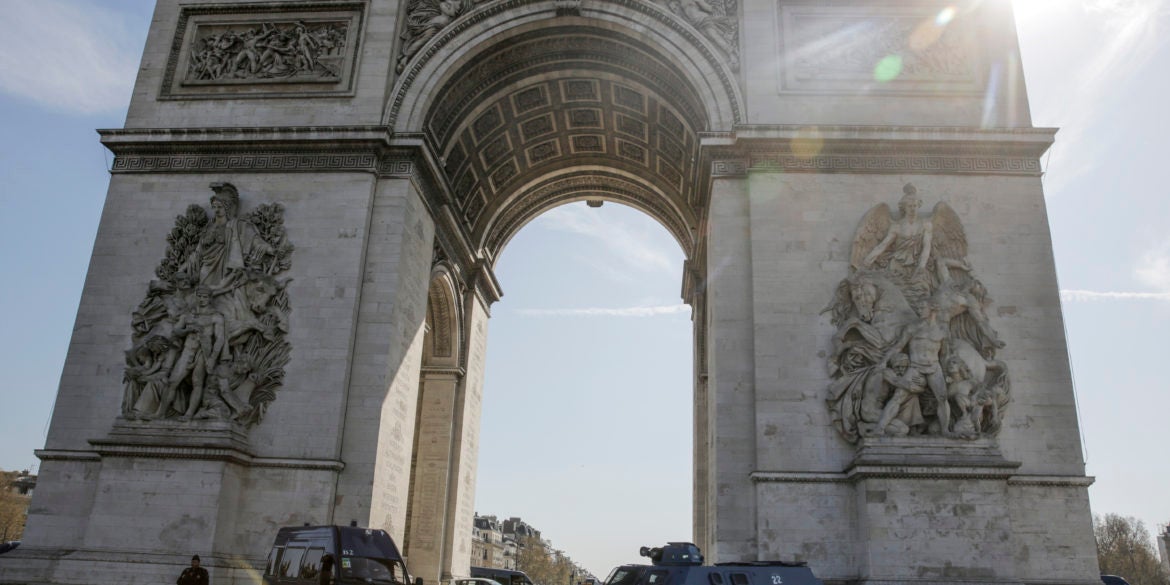 Famous for wrapping the Reichstag in Berlin, Christo will cover the monument with 25,000 meters of recyclable material

The artist Christo is to wrap the Arc de Triomphe in Paris next year, French officials said Wednesday.

The Bulgarian-born artist, famous for wrapping the Reichstag in Berlin along with his late wife Jeanne-Claude, will cover the massive monument with 25,000 meters of silvery-blue recyclable material.

It will then be tied up with a red cord for two weeks next April, the Pompidou Centre modern art gallery announced.

The “wrapping” will coincide with a major exhibition at the Paris gallery of Christo’s work with Jeanne-Claude, focusing on how they wrapped the oldest bridge in the French capital in 1985.

“Thirty-five years after Jeanne-Claude and I wrapped the Pont-Neuf, I can’t wait to work again in Paris on the Arc de Triomphe,” 83-year-old Christo said.

No public money will put into the project, the French national monuments service (CNM) said.

Instead the wrapping of the “Arc de Triomphe will be financed from the sale of Christo’s preparatory drawings, studies and models and original lithographs of other subjects,” it added.

Christo and Jeanne-Claude, who died in 2009, first came up with the idea of wrapping the Arc de Triomphe in 1962.

“Nearly 60 years later the project is finally becoming reality,” the CNM said in a statement.

Officials insisted that the wrapping of the monument, which sits at the top of the French capital’s most famous avenue, the Champs-Elysees, will not affect the Tomb of the Unknown Soldier underneath it.

The commemorative flame by the grave will still burn and volunteers will continue to stand guard next to it.

Christo met Jeanne-Claude in Paris in 1958 when he was painting a portrait of her mother.

The couple, who were born on the same day in 1935, made headlines worldwide when they planted thousands of giant umbrellas on hillsides in Japan and California in 1991.

They later installed 7,500 vinyl gates along the frozen pathways of New York’s Central Park in 2005.