A soup to wake the dead | Inquirer Lifestyle 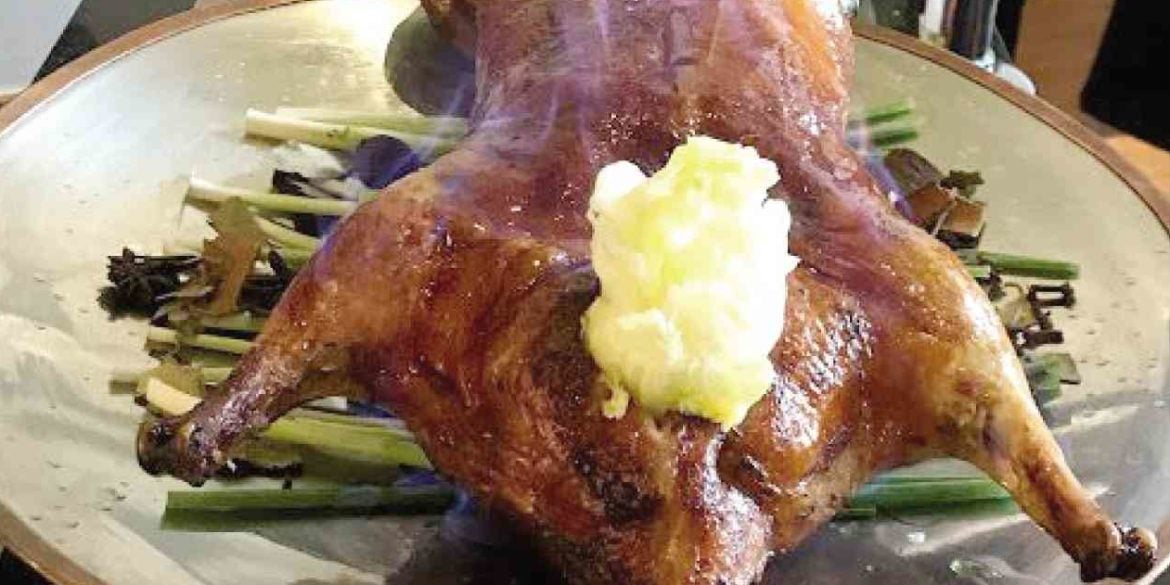 A soup to wake the dead

The Chinese believe that food, like medicine, has healing powers

In the vastness of Chinese cuisine, there never seems a shortage of newness. It could be a dish of antiquity one has never tried before, or a variation on a familiar favorite, teasing and tantalizing the taste buds with flavors heretofore unknown.

So it is at Man Ho, Marriott Manila’s Chinese restaurant.  Like a restless child, Man Ho is constantly adding new dishes to its menu, sometimes depending on the season or perhaps depending on the whim of its chef.

As it so happens, the whim of its new chef, Chan Chai Fai, who had previously worked in restaurants in Hong Kong and Shanghai, includes a double-boiled abalone soup that requires long hours of cooking, not to mention the skill of a kung fu master and the patience of a Buddhist monk.

The soup had been double-boiled for six hours, hence its deep intense flavor, further bolstered by four kinds of mushrooms imported from Hong Kong and a generous piece of the priceless abalone. Wolfberries and red dates added a touch of color and a measure of fruitiness. The coconut shell into which it had been carefully ladled contributed an elusive sweetness to whatever curative powers this soup may hold. Indeed, the Chinese believe that food, like medicine, has healing powers. If so, this soup was soothing enough not just to heal an occasional illness, but perhaps even to wake the dead.

Another new item on Man Ho’s menu was the Peking duck.  In this reincarnation, the roasted Peking duck, which had been generously seasoned with herbs and spices, was poured over with aged Dalmore whisky, after which it was lit and allowed to flame for about 10 captivating seconds. Not only did this provide drama, it also added flavor and made the skin of the duck more crispy, said Marriott executive chef Meik Brammer.

The duck was then sliced thinly by an expert carver, slathered lightly with hoisin sauce, then wrapped with a stick of scallion in thin Mandarin pancakes. The crisp duck skin crackled at every bite, its richness balanced by the slightly peppery flavor of the scallion and augmented by the sweetness of the sauce. If the soup can restore health, this pancake can restore youth.

A surprise served during our tasting lunch was the dish of French beans. Fried in a wok, it had a coating of batter enhanced with salted egg yolk, a flavor that seems to be all the rage these days, what with potato chips and fish skin being all coated now with salted egg yolks.

Wanting to recreate one or two of these dishes at home, I asked for the recipes—which marketing communications manager Mitch Garcia and her assistant Christelle Tolisora promptly sent me. But I was stumped. There was no way, I felt, I could capture the intense flavors and the complexity of these dishes. So perhaps I will just keep them in my memory, remembering that their flavors are a paean to the vastness of Chinese cuisine.