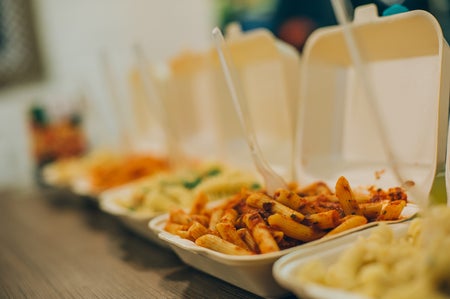 Woodland Elementary School in Elkhart recently launched a pilot program to “rescue” unused food for its students, as per WSBT-TV on April 3. The school has partnered up with Cultivate Culinary, a non-profit organization devoted to end hunger in Indiana communities, and the Chamber of Commerce’s Leadership Academy Commerce to carry out the initiative.

“Mostly, we rescue food that’s been made but never served by catering companies, large food service businesses, like the school system,” Jim Conklin, Cultivate founder, said in the report. “You don’t always think of a school.”

Twenty students of the elementary school will be given eight packaged frozen meals every Friday until the end of school, as per report. The meals make use of the excess food left from over-preparing.

“Over-preparing is just part of what happens,” Conklin added. “We take well-prepared food, combine it with other food and make individual frozen meals out of it.”

Apart from keeping the kids full, the take-home meals were introduced due to a lot of food going to waste.

“There wasn’t anything to do with the food,” Natalie Bickel of student services said. “So they came to the school three times a week and rescued the food.”

Meanwhile, Melissa Ramey of Chamber Leadership Academy said the program is making a huge change among the students.

“I am proud of that,” was quoted as saying. “It was heartbreaking to hear that children go home on the weekends and that they don’t have anything to eat.”

Much of the world’s food, produced solely for human consumption, goes to waste. Approximately 1.3 billion tons of food, according to the Food and Agriculture Organization of the United Nations, gets lost or wasted every year. Fruits and vegetables have the highest wastage rates, along with roots and tubers. Cody Cepeda/JB