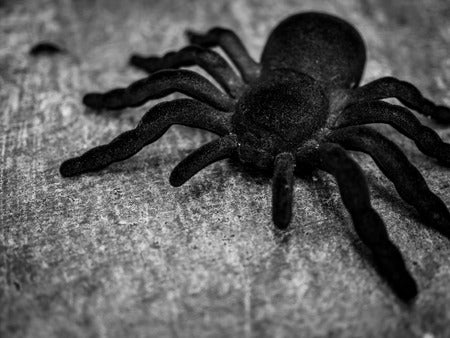 An animal rescuer rushed to save a tarantula in a neighborhood alley in Essex, United Kingdom, but it turned out to be a false alarm.

An animal collection officer from the Royal Society for the Prevention of Cruelty to Animals (RSPCA), Michael Harrington, was called on Saturday night, March 30, to respond to a case of a tarantula sighting in a family’s home, according to BBC.

“The caller was walking home when they spotted the tarantula on the street,” Harrington said in the report. “They said it was as big as their hand, black and hairy with thick legs and orange-colored stripes.”

But when he got to the scene, he discovered that it was actually a tarantula plastic toy. When the family found out that it was only a child’s toy, Harrington said they were “relieved.”

“I must admit, in the dark, it looked quite realistic,” the animal officer was quoted as saying. “But as soon as I got nearer and picked the bowl up it was clear it was a children’s toy.”

This is not the first time U.K. authorities had an encounter with a toy. In February last year, police thought they were in a stand-off with a dangerous tiger, only to find out that the tiger was just a stuffed toy. Katrina Hallare/JB