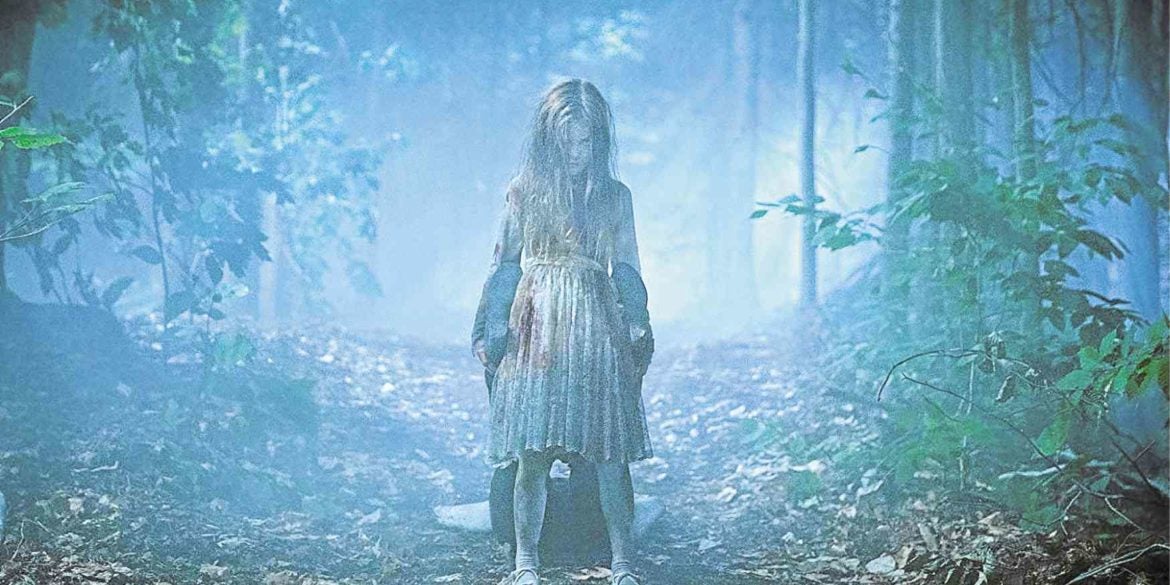 “Pet Sematary” will make you wonder if “sometimes dead is better.” —PHOTOS COURTESY OF PARAMOUNT

‘Pet Sematary’ comes back to life

Stephen King is having a Moment. Though he’s been one of the most popular (and prolific) writers for four decades, in recent months TV and movie adaptations of his work are seemingly sprouting out of the ground like something that would be much scarier if this were one of his stories. In just the last three years we’ve had the shows “Castle Rock,” “Mr. Mercedes,” “The Mist” and “11.22.63.” Netflix’s major hit “Stranger Things” makes more than a few nods to King’s work, especially “Firestarter.” Movie-wise there’s “Gerald’s Game,” “1922” and “The Dark Tower” (which will continue as a TV show despite pleasing neither critics nor fans). Still to come this year are “Doctor Sleep” (sequel to “The Shining”), “In the Tall Grass,” and the hotly anticipated “It: Part Two,” the follow-up to the 2017 smash that just poured more kerosene on this adaptation trend.

“Pet Sematary” is just the latest of King’s tales to make it to the big screen, and not even for the first time; the fan-favorite 1983 book that inspired a Ramones song was first adapted in 1989 by Mary Lambert from a script by King himself. It became a cult classic, one of the few notable horror films of that era helmed by a woman. This new version comes via the directing duo of Kevin Kölsch and Dennis Widmyer, whose prior film was the horror-fantasy “Starry Eyes.”

The plot concerns a family that’s just moved to a sleepy town from the bustling big city; a town that is (of course) eerily close to King’s fictional locale of Derry, Maine, site of many scary and horrible happenings. The family’s new tract of land includes some 50 acres of woodlands and they discover a pet cemetery on the property used by the locals. After a tragic event occurs, the paterfamilias played by Jason Clarke (who’s made a habit of playing “disappointing husband” types) consults with local spooky old man Jud (John Lithgow), makes a terrible decision, and as a consequence, horror ensues. While this is going on, his wife Rachel (Amy Seimetz) is also reliving a terrible experience from her past.

If you’re lucky enough not to have been spoiled by the film’s unexplainably extra-spoilery trailers, then events should still come as a shock, even the inciting incident that truly kicks off the horror, which happens a little too deep into the movie. That’s the only real drawback here: the filmmakers taking their sweet time getting to the really good stuff. It’s a bit of a slow plod setting up all the pieces, and some of those pieces don’t fit in as elegantly as they probably should, including a student whose fatal encounter with Clarke’s character augurs ill but comes out of nowhere and doesn’t really get an explanation so much as “strange stuff happens around here.” Cue weird visions.

Kölsch and Widmyer do deploy some visually interesting tricks; a traffic light’s bright red glare in the dead of night calls to mind some David Lynch, and sequences where a doorway leads somewhere both unexpected and impossible maintain a creepy allure that wouldn’t be out of place in an old EC horror comic. A seemingly quotidian scene of a child’s hair being brushed becomes queasy and disconcerting thanks to some choice use of effective sound design. All the actors acquit themselves well; Jeté Laurence as daughter Ellie especially gets some mileage out of her big eyes, and Clarke plays a haunted father like the best of them, both sympathetic and pathetic at the same time.

Though it may be slow to start, once it does “Pet Sematary” becomes more or less relentless, and if you have a disinclination for sharp objects used in horror you will be sorely tested. It’s got a ratchety, intense final quarter that is nerve-wracking and exhausting. It helps to have at its disposal one of the finest, most effective elements in horror: something familiar, beloved even, returning in some twisted, corrupted form. Considering one of the changes made to the story, the same might be said for this new version of one of King’s most beloved scarefests.