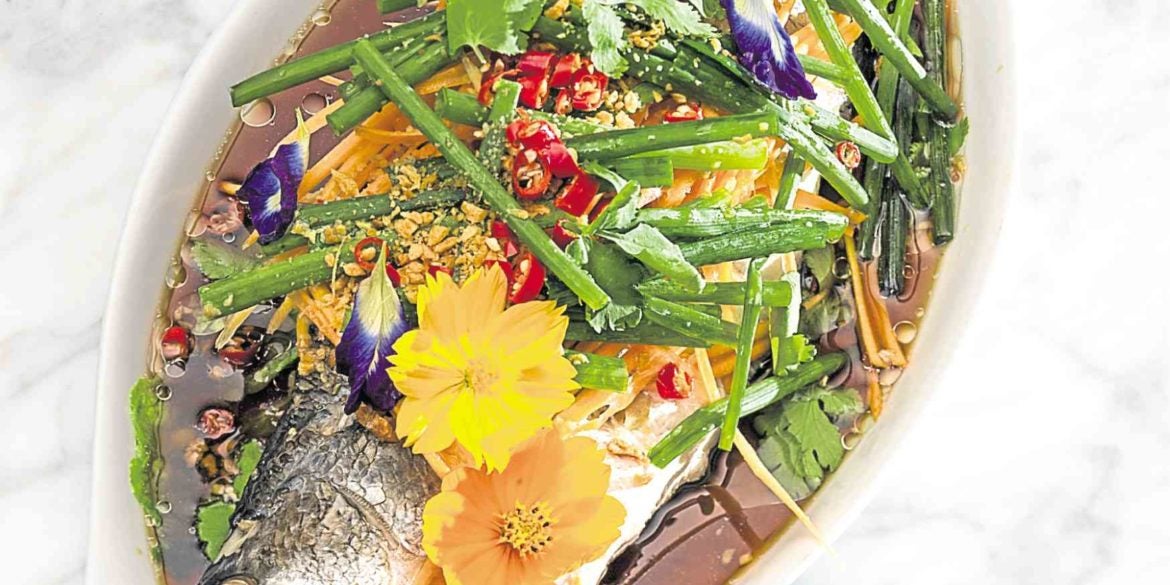 From the classic to the exotic–Pampanga is a cultural identity

How different, you may ask, can Pampanga food really be?

It’s just an hour away from Manila (and most of that hour is spent trying to get through the gridlock of Balintawak). Surely the urban sprawl of the metropolis has homogenized the cuisine of this nearby province so that it doesn’t taste very dissimilar from that which we get in the city?

No, no, and no. Pampanga is not just a province; it’s a culinary identity.

Its inhabitants are fiercely proud of their cuisine and foodways. Just as the urban landscape gives way to Amorsolo-like scenes of endless fields bathed in sunlight, marshlands with flocks of birds swooping and disappearing into the trees, and the imposing girth of Mount Arayat makes itself felt in the distance, the food changes.

Everybody’s first stop should be Everybody’s Café (McArthur Highway branch). Note that there are now two branches: one close to the highway, the original one, and another which is a bit of a drive into the town proper—a bit of a crawl through traffic unless you’re actually from there.

The original is the one to go to. It’s been around forever, tracing its origins back to the war. Come here for the buro, which is made from shrimp mixed with wet cooked rice and allowed to ferment, and eaten with meat or fish and wrapped in mustard leaves.

Its other specialities are pindang, a precursor (or some might say the more original version) of tocino, made from carabao meat; morcon, wrapped in caul fat rather than aluminum foil.

On some occasions, it has stuffed fried frogs and fried crickets.

Poch Jorolan, the third-generation owner of Everybody’s Café, also runs a trek to Mt. Pinatubo called Outereater: it involves a drive and hike through the lahar-filled ascent to the crater of the volcano, where they’ll serve a traditional Kapampangan lunch. I haven’t tried this myself, but those who have tell me it’s not as bizarre as it sounds, and is a good way to see the more neglected sights of Pampanga and Tarlac.

The hikes can be private or with the monthly group. Contact [email protected] for details.

Apag Marangle is a large, sprawling restaurant that is built on stilts above a fishpond. Again, it sounds unlikely, but nestling into a cosy booth, with a gentle afternoon breeze swirling languidly through the thatched rafters, you have only a few more pleasant ways to spend a lazy lunch.

The food is served on banana leaves, kamayan-style. (I still don’t like calling it a “boodle fight,” a strange turn of phrase with a militaristic origin.)

Since you’re eating with your hands anyway, you might as well go for the minantikilyang ema, buttered crabs, the butter dripping down your elbows.

There are two locations—the original one floating above the fishpond, and the other in a mall; make sure you go to the main branch in Bacolor.

On Lazatin Boulevard in San Fernando you will find Cely’s, which is just about as basic a carinderia as you’ll find anywhere. By that I don’t mean that it’s a dump—far from it; in fact, it has air-conditioning and a relatively clean toilet with a sign admonishing you not to wash your feet in it.

But the place is devoid of frills: just a clean, bright space, plastic tables and chairs, then a long counter full of food.

This is where you should go if you’re the kind of guy who wants bragging rights about the strangest thing you’ve eaten. We ordered a plate of braised placenta (very pleasant, not gamey at all).

The carinderia’s been around for a while but it was only recently that it began to specialize in “exotic” dishes—and the diners love it.

You’ll have to start off pretty early from Manila if you want to catch the goat at Taldawa (Sto. Cristo Road, Angeles), but it’s worth it.

Succulent, wobbly, tangy chunks of goat in sinigang broth—you can get unlimited refill of the broth, and you can stir a bit of rice into it like a pospas.

The goat is cooked over wood fire, and is fork-tender.

There’s also goat kilawin (a bit funky). There are dishes made from wild duck—goat and duck cooked to perfection.

The scrum starts at 10 and is over by 2. In the evening it turns into a karaoke bar.

This is Pampanga food, but refined and exalted—but no less bursting with flavor.

And I’d be remiss, of course, if I didn’t mention Claude Tayag’s restaurant, Bale Datung (Villa Gloria Subdivision, Angeles)—this is a long, leisurely meal where you find yourself steeped in Claude’s world of culinary history and innovation.

Especially if you go for the lechon degustacion, allow three or four hours for lunch. This is not an experience to be rushed, and you’re here not just for the food but also for the stories: “Kung walang kuwento, walang kuwenta,” Claude and Sau have told me on various occasions.

Of course, if you don’t feel like driving back and facing the infamous Balintawak traffic, Sau recommends Grand Canyon Leisure Farms (San Vicente Road, Clark Special Economic Zone), an eco-oriented resort that might be more interesting than the charmless impersonality of a hotel chain. —CONTRIBUTED