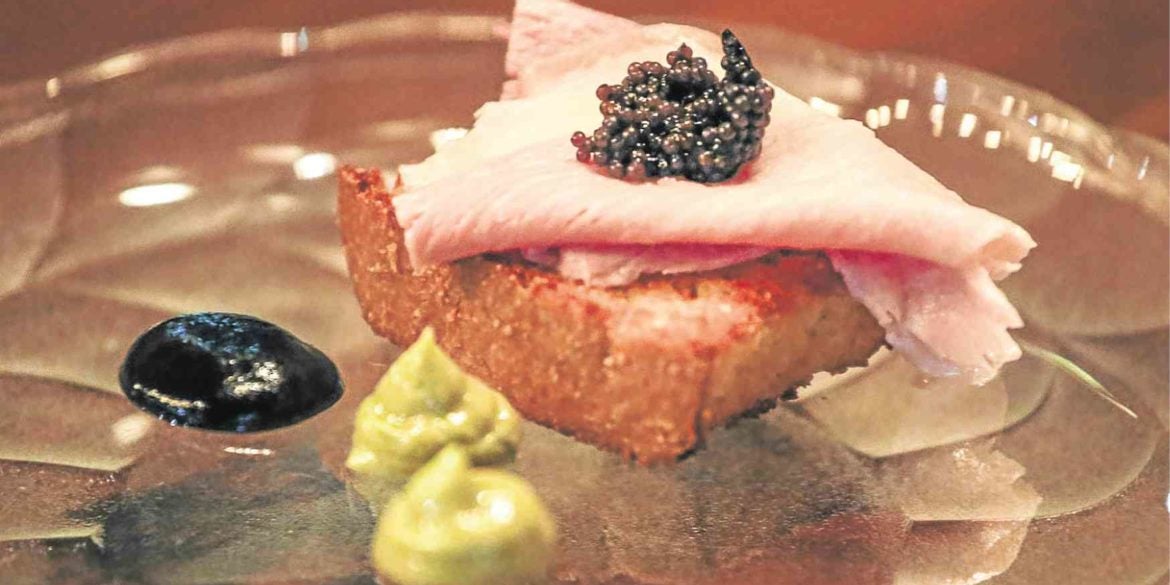 For summer, Lifestyle checks out the ‘turo-turo’ favorites and fancy restaurant fare

Two days are just too short.” “You’ll scratch only the tip of the iceberg.” “Even locals like us haven’t sampled everything there is to offer.”

We would hear these lines repeatedly during our March 11-12 food tour of Angeles, Pampanga—one of the Philippines’ culinary capitals—and as the hours passed and our tummies bulged, we didn’t doubt it.

Pampangueños are a proud people, eager to show the range and quality of dishes available everywhere, from small turo-turo eateries to classy restaurants. We arrived in Angeles midmorning after a quick 90-minute drive from Quezon City, and hit the ground running.

Located in the same compound as the Century Resort Hotel, our lodging for that evening, is Pigs and Pints. Although it calls to mind images of cold beer and bar chow, the gastropub serves dishes with a story. Chef Bong Sagmit is self-taught and unafraid to use traditional cooking methods and ingredients.

His version of cornbread uses darak (rice bran), and the result was a loaf with a nutty and surprisingly tasty crumb. Slices topped with prosciutto were  “suspended” over a shallow plate with the help of cling film stretched taut over the rim.

The appetizer dubbed “When Pigs Fly” showed off Sagmit’s playfulness. This is a chef who is serious about food, but not too serious to not have some fun with it.

In his hands, sipo egg—that staple of caterers which combines mixed vegetables, hard-boiled quail eggs and chicken giblets—is updated with premium ingredients, yet still manages to retain that longed-for crunch and flavor profile. From time to time, Sagmit forages in the nearby woods for edible leaves and grasses that impart flavor and color to his dishes.

Until a couple of months ago, Blackfish at Nepo Quad in Angeles was a New York-style bar that was open from dusk till late at night. Now, it’s open for Sunday brunch, with a selection that includes waffles and pancakes, eggs Benedict and French toast.

The food is hearty and inclusive; they even have a gluten-free version of eggs Benedict made with potato rosti and homemade corned beef.

Manager Victor Nicolo Bailon said that they want to attract the female market on Sundays—the ladies who brunch, so to speak. “That’s really who we envisioned coming in early on Sunday and spending a few hours with friends and family over a cup of coffee or a mimosa,” he said.

Two popular choices are the French toast made with cheddar-crusted sourdough bread, jalapeño cream cheese, scrambled eggs, smoked salmon and caviar, and the pancake topped with berries and whipped butter.

Chef-patron Pedro Carvajal of El Español is not amused by diners who take photos of his tapas and paella for their IG accounts before digging in. “It gets so frustrating because the food we make is best eaten immediately,” he said.

His tapas are tasty and traditional, like the chorizo and jamon Serrano, and his paellas are wet with the much-prized socarrat or tutong.

The croquetas at El Español are rich and silky because, unlike the ones many of us are familiar with made with mashed potatoes, his use creamy bechamel sauce. The restaurant has been open only less than a year, but the croquetas are already one of the bestsellers.

Carvajal puts a premium on consistency when it comes to food. His favorite non-Spanish dish is chicken inasal “because it’s the same everywhere.”

“In a restaurant, the most important thing is the food, not the interiors or the acoustics,” the chef said, although El Español is nicely designed with booths on one side of the room, lighted alcoves, and a graphic black-and-white ceiling.

This Chinese restaurant chain has branches in key cities in northern Luzon as well as sister branches (Legend Seafood) in Manila, but its origins are in Angeles. Familiar favorites include sweet and sour fish, beef with broccoli, and crab with sotanghon—crowd-pleasing dishes regulars order without even glancing at the menu.

The restaurant has been open for years and maintains the integrity of its dishes because one of the shareholders, who travels monthly to Hong Kong, is able to top up stocks should they start to dwindle. His grocery list includes chicken powder, dried scallops, dried black mushrooms and cashews.

Manager Ped Fernandez said that they prefer to use imported cashews because customers expect them, especially in dishes like shrimp with cashews and Angus beef with cashews.

Special thanks to Linda Bondoc  Pamintuan and Angeles Tourism Office