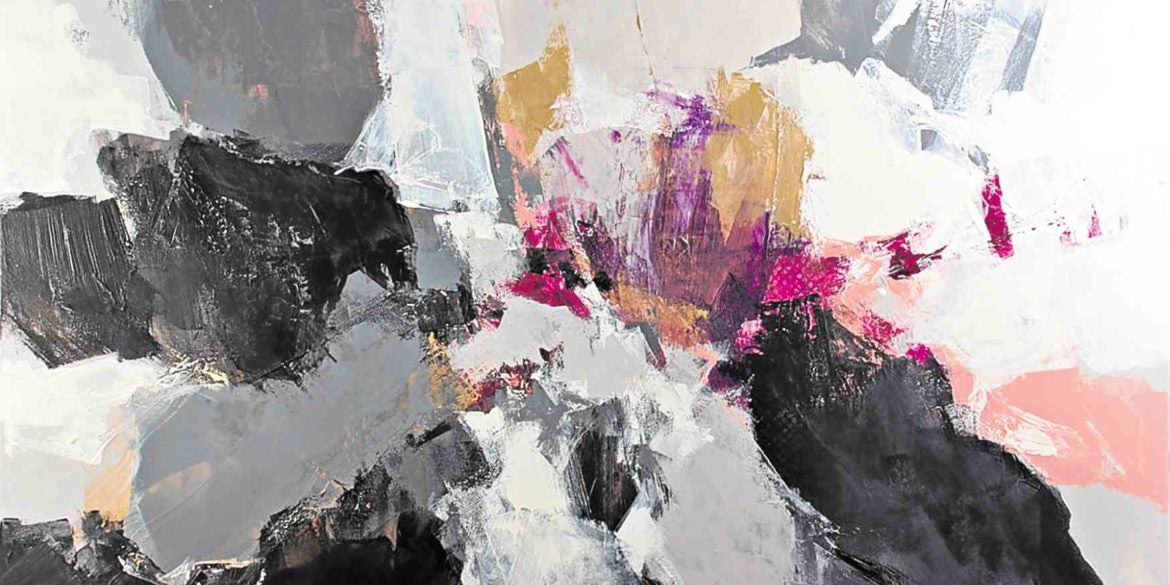 Over a decade ago, artist Cobie Cruz made a wrenching but necessary decision to make a new and better life for himself and his family in Canada. His art had to take a backseat.

But he had to go back to art sooner or later. A turning point came when Cobie’s father, artist Cris Cruz, was diagnosed with a terminal illness. Cobie came home to be with his father, and one can only imagine what transpired in the talk between father and son in such a painful situation.

But the subject of art of course was always there, and especially during his father’s remaining days. Cobie promised he would never give up his painting.

Thus, the title of Cobie’s homecoming show, “All The Possibilities,” recently exhibited at the Saturday Group Gallery, on the East Wing of the Shangri-La Plaza.

Indeed, Cobie comes home armed, as it were, with impressive credentials; foremost, being in the stable of two reputable galleries in Toronto, which have steadily found a lucrative market for Cobie’s works. Cobie’s metier is abstraction, in an interesting contrast to his father’s works, which were among the finest lyrical expressions of floral arts hereabouts.

While abstraction has as often been proclaimed dead, and as many times resurrected, this nonrepresentational idiom surely lives and dies and is ultimately reborn in the hands of its most ardent local practitioners, two of which are, incidentally, Cobie’s personal friends, namely Edwin Wilwayco and Rico Lascano.

The many splendid works of Cobie bloom in a colorfully radiant way, that may subconsciously allude to Cris’ floral blossoms. After all, Cobie’s forms may be likened to an unfolding of petals, though some may equate them with floating islands of deeply stained hues, in the high saturated keys of reds, orange, yellows, and purples—this last shade being seemingly sensitive and responsive to Cobie’s chromatic chords.

His late father Cris must be beaming down with pride. Indeed, his son’s promise to him has been fulfilled. —CONTRIBUTED