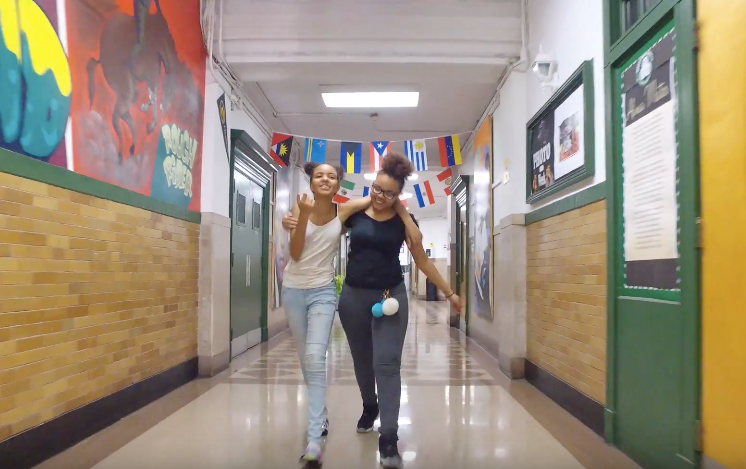 WATCH: Students hang out in school on Friday nights to stay off drugs, safe from gun violence

A public high school in New Jersey, United States opens its doors to its students every week to keep them out of trouble and from the dangers that lurk in the streets.

Hundreds of students of West Side High School in Newark gather in its halls every Friday night, not for class, but for some good old fun. The school’s Lights On program offers various activities to its students, such as video games, billiards, table tennis and a recording studio, among others, to keep them off the streets and from doing drugs, as per ABC7 on April 7. The school also serves hot meals to the kids every Friday night.

“On the street it’s dangerous, people get killed,” one student said in the report. “You could be killed walking home, gunshots everywhere.”

“If it was around back then, I think we wouldn’t have lost so many of my classmates,” Nadia Camacho, who graduated in 2008, said. “If we had a class reunion right now a lot of my classmates wouldn’t be here due to gun violence.”

Principal Akbar Cook has since attested to the effects of the program to his students.

“I haven’t lost any more kids to gun violence since the start of the school year,” said Cook.

Cook also installed a free laundry room in the school last 2018 after some students got bullied for wearing dirty clothes to class, an experience that has resulted in chronic absenteeism. Thanks to the laundry room, Cook said there has now been a 10 percent increase in the students’ daily attendance.

Alumni are also welcome to join the activities every Friday night. It is through their donations, after all, why the program continues to operate. As per the report, the night meetings increase to three times a week during the summer.

A primer of the school’s Lights On program may be viewed below. Cody Cepeda/JB