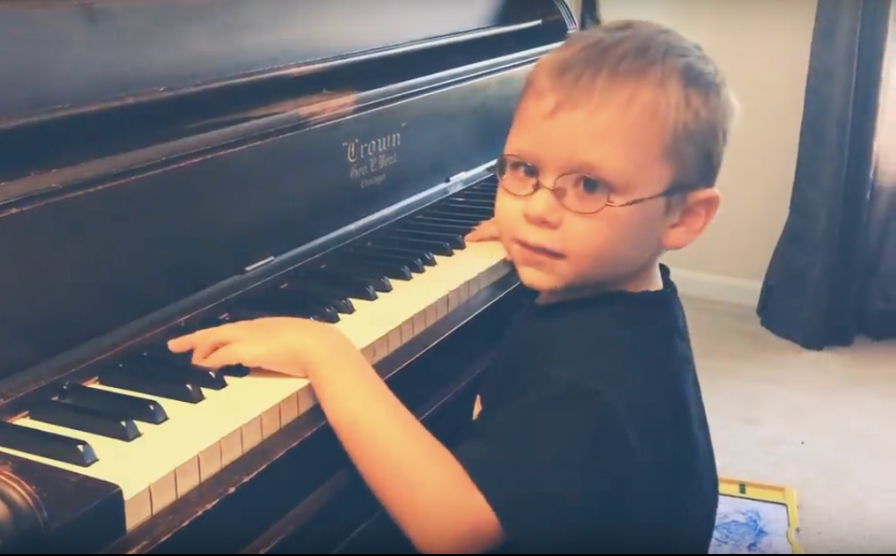 S-year-old Avett Ray was diagnosed with

A video of a piano prodigy singing and playing Queen’s iconic song “Bohemian Rhapsody” has won the hearts of netizens on Youtube. The internet sensation will now be playing in front of a crowd for a benefit concert.

Avett Ray Maness, a 6-year-old boy from Ohio, United States, was born with a condition that had caused him to be blind in one eye and visually impaired in the other. This disability, however, did not stop him from learning how to play the piano all by himself.

Avett’s mother, Sara Moore, said that the prodigy was merely 11 months old when he started playing “Twinkle, Twinkle, Little Star” on the keyboard, according to The Washington Post on April 9.

“He had a toy with that tune on it, so I knew that’s where he learned the melody,” the 31-year-old mother was quoted as saying. “I was mesmerized. I called my mom up and said, ‘You won’t believe it! Avett’s playing ‘Twinkle, Twinkle, Little Star!’”

Now, Avett has moved on from “Twinkle, Twinkle, Little Star” to “Bohemian Rhapsody”, which he sang and played on the piano in a cover posted on his Youtube account last January. As of writing, the cover has 3.8 million views, and his Youtube account has 62,000 subscribers.

With his newfound fame, the 6-year-old will be one of the headliners in a benefit concert for the Ronald McDonald House Charities of Dayton on April 12 and 13, as per CBS News last March.

According to Moore, Avett was diagnosed with optic nerve hypoplasia, which arose from having an underdeveloped optic nerve.

“I remember thinking, ‘How will he get through life?’ ‘What will his future be?'” Moore lamented, recalling her first news of the diagnosis.

Avett’s future, however, seems to be heading in the right direction, with his musical skills developing more and more each year. The little boy was initially a self-taught pianist, but according to The Washington Post, he started getting piano lessons in September 2018.

“I love performing Bach’s Minuet in G,” he said as per the report. “And at my last piano lesson, I told my teacher that I also want to learn the Minuet in G Minor. I’m not as much into Adele anymore.”

The little pianist also enjoys making beats and listening to rap music, all thanks to Moore’s fiancé Tommy Ferrell who introduced him to the genre.

“His innate ear for music is unlike anything I have ever seen,” said Ferrell in the report.

Aside from singing and playing the piano, Avett also dabbles in drums, as seen in his Adele cover on Youtube, and the ukulele, which he used to cover “All About That Bass” by Meghan Trainor. Casey Eridio/NVG