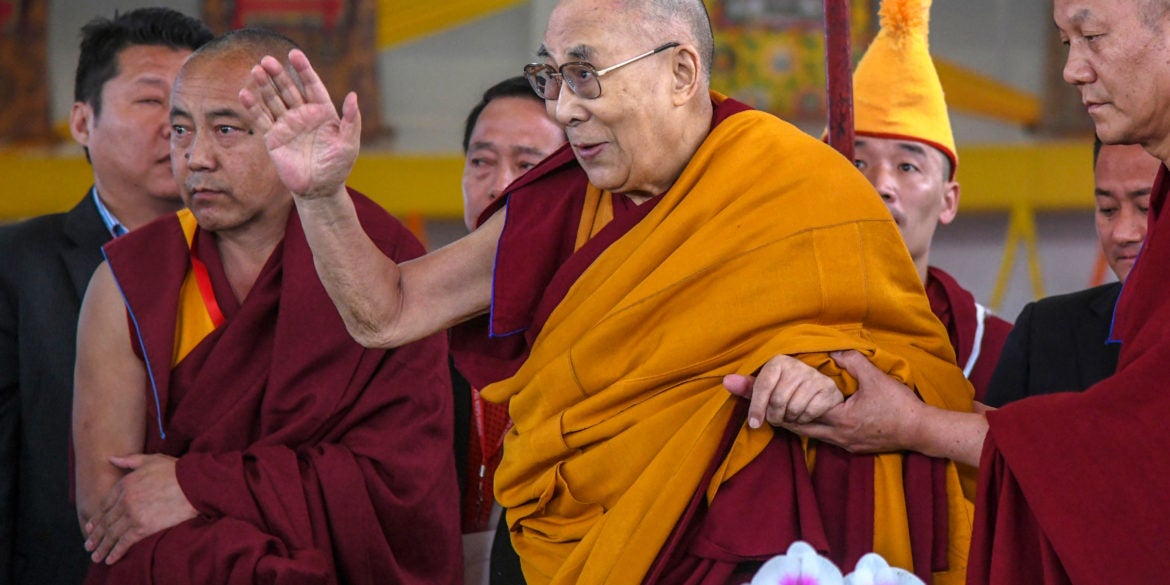 (FILES) In this file photo taken on December 31, 2018 Tibetan spiritual leader the Dalai Lama (C) greets devotees at the closing ceremony of a teaching session at Kalachakra Ground in Bodhgaya. - The Dalai Lama has undergone a check-up at a New Delhi hospital following chest pains, according to an aide who said the Tibetan spiritual leader was in stable condition. Ngodup Tsering, the 83-year-old Buddhist monk's representative in the United States, told AFP the Dalai Lama flew to New Delhi early Tuesday April 9, 2019 for a doctor's visit at Max hospital after he experienced a "light cough." (Photo by - / AFP)

‘Cured’ Dalai Lama set to be discharged from hospital Friday

The Dalai Lama is “doing very well” and will likely be discharged from hospital in New Delhi on Friday as he recovers from a chest infection, his spokesman told AFP on Thursday.

The 83-year-old Buddhist monk and Nobel peace prize winner was admitted to the Max hospital in the Indian capital on Tuesday with what another aide described as a “light cough”.

“He is doing fine. In fact this morning he was in his normal routine. He was doing some exercise… Basically he is cured but will continue his course of medicine,” Taklha added.

Although the exiled Tibetan spiritual leader remains a hugely popular speaker, he has cut back on his global engagements and has not met a world leader since 2016 — while governments have been wary of extending invitations to him for fear of angering Beijing.

The Dalai Lama has sought to pre-empt any attempt by Beijing, which has effectively wiped out any organised opposition to its rule in Tibet, to name his reincarnated successor, even announcing in 2011 that he may be the last in the lineage.