‘It feels like schoolwork is the only thing I do, think about 24/7’ | Inquirer Lifestyle ❮ ❯ 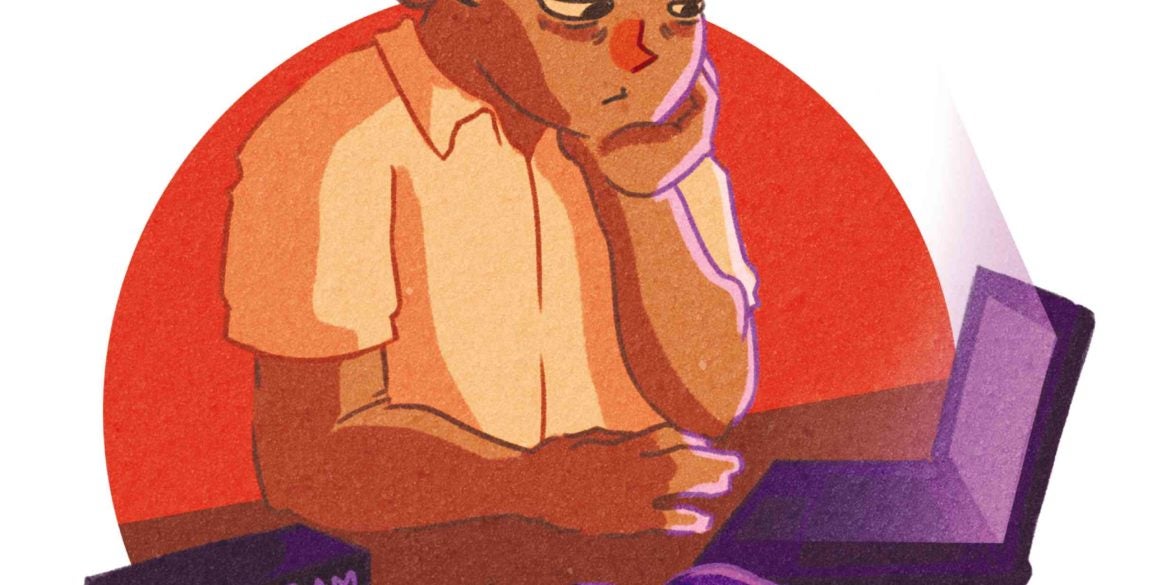 ‘It feels like schoolwork is the only thing I do, think about 24/7’

These are just a few of the expressions that I—and most of the students around me—used to say when I was still in school.

Having graduated last month, I often find myself looking back at those anxiety-filled years, most especially those caffeine-filled days and sleepless nights studying for an exam or rushing to fulfill a requirement that was due the next day.

Recently I came across a Facebook post from the “PUP San Juan Confessions” page, dated Nov. 2, 2018. It showed a screenshot of a commentary regarding the current system of education in the Philippines.

“I do not get the point nung mga nagsasabing ‘time management’ lang yan,” read the post.  “Do they really know what’s going on in this educ system? When students are bombarded with various requirements in different subjects, what do you think is the best time to complete them? Definitely hindi pwedeng gabi… kailangan din mag-aral/magreview/magpahinga… the last resort is to do it on weekends… Paano ’pag sumabay yung iba like performances, dance, role plays, papers and other hws?! E di wala na.

“Philippine education system is merely ‘focusing on compliance,’ not ‘learning.’”

It also amassed thousands of responses. Comments from students, teachers and graduates flooded the post with opinions ranging from approval to distaste and criticism.

Some said that all struggles have a purpose—in this case, to prepare students for the demands of the real world.

Others urged people to be less judgmental and be more understanding of today’s students.

And then the comments section turned into a heated debate.

I asked people what they thought about the post and the Philippine educational system.

‘Disservice to the youth’

Mia, a fourth-year BA Political Science student from the University of the Philippines-Manila, said the current educational system is “a disservice to the youth. It is overly output-based, so students end up more focused on satisfying grade requirements rather than pursuing real and genuine learning.

“From grade school to high school, my school put more emphasis on the grade of a project rather than an exam. Because of that, my classmates and I didn’t pay much attention to class lectures. Instead, we focused on   submitting good projects.”

When Mia entered college, she felt unprepared for the demands of academics “because we weren’t trained to understand and analyze theoretical concepts when we were younger.”

Moreover, she said that “we would always be tired and drained especially during project season, and we would frequently get sick—either physically or mentally (anxiety, depression and the like)—because of the pressures of satisfying and meeting particular grade standards.”

Angelika, a fourth-year BS Psychology student from San Beda University-Manila, said time management not only works for her, but it helps to know one’s priorities.

“Sometimes it requires sacrificing plans to finish tasks,” she said. “I’ve already tried multiple time management techniques just so I could squeeze in my tasks and get them finished on time. But there was always that moment where I had to prioritize one subject over the other.”

J’Mee, an 11th grader from Olongapo Wesley School, could relate to the message of the post: “It feels like schoolwork is the only thing I do, think of, and worry about 24/7. It’s like students’ lives revolve around school.”

She hopes to see a change in the country’s grade- and output-oriented educational system, perhaps adopting the modern and holistic approach of   schools in Scandinavian countries like Iceland, Denmark, Norway, Sweden and Finland.

Christina, a fourth-year Mass Communications student at St. Scholastica’s College-Manila, believes the current system isn’t efficient. “I wish it could prioritize what students are truly capable of doing,” she said. “Individuals have different skills and it would be best if the system focused on addressing the difficulties of the students while developing the skills they desire.”

“I think the No. 1 problem that we’re facing right now is the implementation,” said an educational program supervisor who prefers not to be named. “Inasmuch as we want the quality of education to be at par with other countries, we are aware na kulang pa.”

School is a mix of highs and lows, and the pressures of homework, projects and exams can take a toll on students’ physical, mental, social and emotional well-being.

Whether we agree or not  with the message of the Facebook post, this much we know: It’s an issue that needs to be raised because it concerns the education of the youth, the future of our country. —CONTRIBUTED