The Padre Pio tour: How he touched my heart | Lifestyle.INQ ❮ ❯ 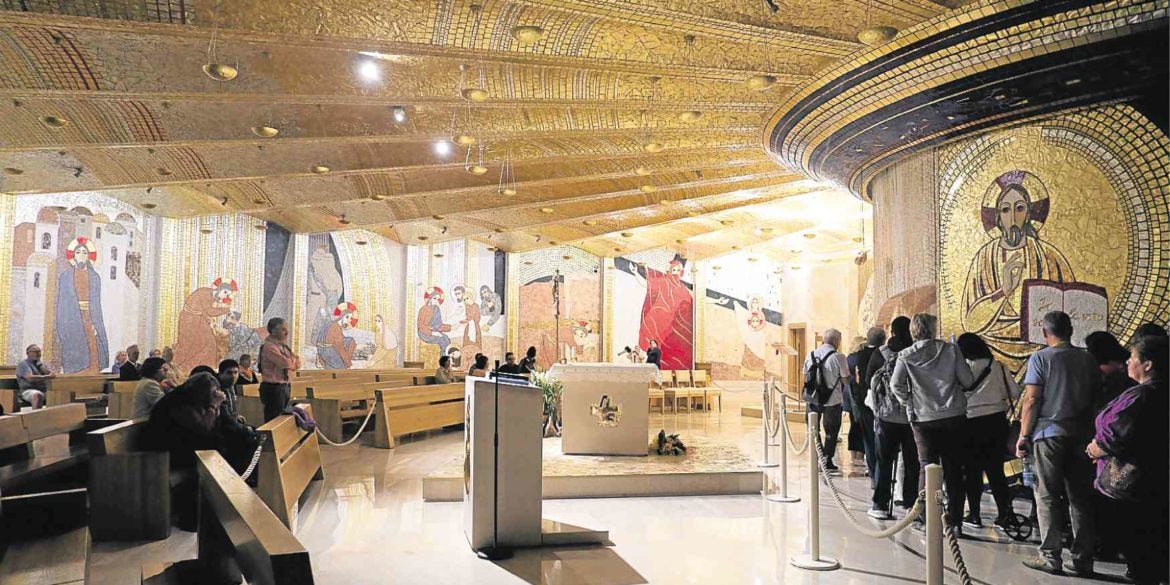 Pilgrims line up to view the remains of St. Pio of Pietrelcina in the crypt of the Santa Maria delle Grazie Church, Italy.

The Padre Pio tour: How he touched my heart

My first time to visit Italy was unplanned. By a stroke of luck, or perhaps it was really destined, I became part of a delegation of 63 Filipinos that brought the precious heart relic of Saint Pio of Pietrelcina from its sanctuary, to a 21-day tour of four locations in the Philippines.

St. Pio, canonized in 2002 and known worldwide as Padre Pio, had been on my mind in the last two years. I wanted to visit the St. Pio Chapel in Libis, Quezon City, but, for some reason, couldn’t do it.

As it turned out, I would get to see his actual remains in San Giovanni Rotondo, Italy, as well as other places that formed his youth and vocation.

First in the itinerary was Vico Storto Valle #28, later revised to #32, in Pietrelcina, province of Benevento, Italy, where he was born on May 25, 1887. Padre Pio once said, “In Pietrelcina, there was Jesus and everything started there.”

A few steps from the house is Via Salita Castello #44, a small room on a rock with a steep staircase. This was where he prayed and rested as a student of theology and, later, as a priest.

Il Cammino Di Fede is a house owned by his brother. As a young Capuchin, Padre Pio studied in the house, prayed and wrote letters to his spiritual adviser.

It was also here where Padre Pio was said to be often tempted by the devil and then comforted by heavenly visions.

The Chiesa Sant’Anna (Church of St. Anne) is where Padre Pio received his first communion and confirmation. He celebrated many Masses there as well.

In Piana Romana, an elm tree has been preserved in the exact place of its growth, where Padre Pio said he saw Jesus and Mary, and then received the stigmata (or the five wounds of Christ), which looked like puncture wounds in the middle of his hands, on Sept. 7, 1910.

A gigantic cross, flanked by an array of bells, marks the Sanctuary in San Giovanni Rotondo, which contains Padre Pio’s tomb.

In April 2008, the saint’s remains were exhumed. They were described in “fair condition.” Archbishop Domenico Umberto D’Ambrosio, Papal legate to the shrine in San Giovanni Rotondo, said: “The top part of the skull is partly skeletal but the chin is perfect and the rest of the body, well preserved.”

His heart was also found incorrupt.

Now on permanent display in a glass coffin, the remains are viewed in the crypt of the Santa Maria delle Grazie Church.

It is kept in a private room, and only the custodian friars are allowed to carry the heart, which is contained in a reliquary.

Each member of our entourage was given the time to venerate it. As I knelt down,  touched and kissed the reliquary, I found myself in tears. At that very moment, I mentally relayed to Padre Pio my prayer intentions, asking him to bestow upon me the grace of his gift of healing.

After reaching out to touch his heart, I felt that the opposite happened: He touched my heart.

What best summarized the experience of my visit came from one of Padre Pio’s statements: “You don’t have to be worthy, you only have to be willing.”

I felt eager to share with my family and the people around me the faith in the Lord that Padre Pio had inspired in me.

“Pray, hope and don’t worry,” he had also said. The optimism of that statement is what we need most these days.