Summers of my childhood in barrio Tilod | Lifestyle.INQ ❮ ❯ 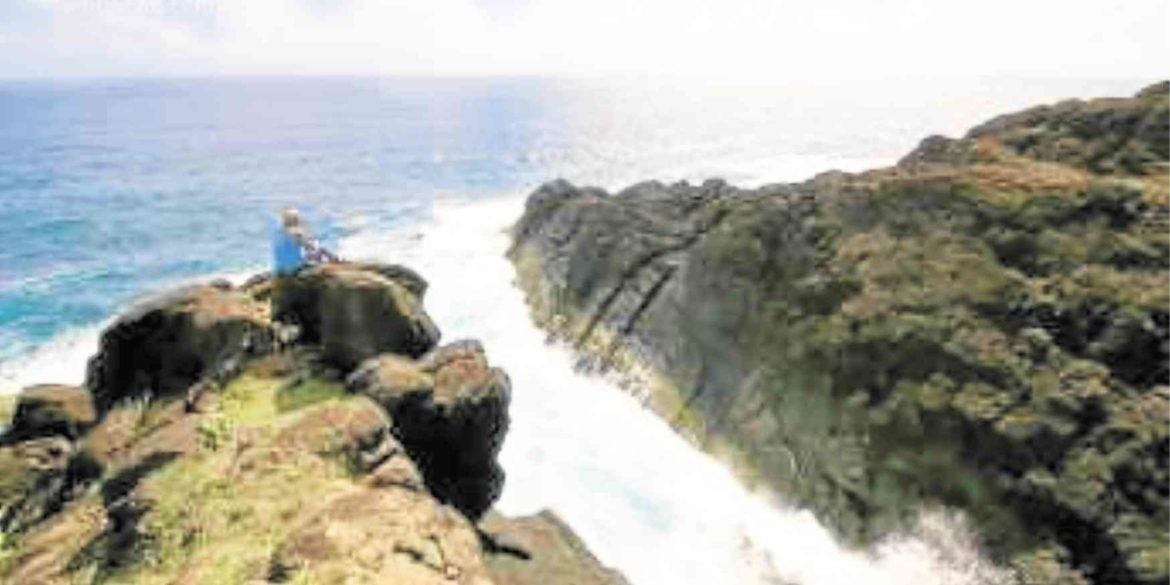 The author reflecting on past island summers in Binurong Point, in his hometown, Baras, Catanduanes. —Ferdie Benavidez Ocol

Summers of my childhood in barrio Tilod

When I think of summer, my thoughts inevitably turn to the island of my birth in Baras, Catanduanes.

Where I was born, I think of the high bright sun of barrio Tilod where the river ends and the sea begins.

Westward down from the barrio chapel, I see the school where my mother used to teach. While my mother was busy with school chores, I was usually left in the care of a gentle old lady I called Lola Cayang and her daughter Tia Lily.

Growing up with them, I saw a second family I would seek out even as some of them would settle in Metro Manila. It was pure destiny that I found Tia Lily’s daughter on Facebook. Tia Lily has since moved on, and her daughter has settled in Canada.

So many memories of this barrio of my birth. Where the river begins is our mountain land we call Sogod, and that part with the clearest stream I ever saw in my life we call Minacahon.

That’s where we used to take a bath, catch fresh shrimps and cook them with coconut milk with fresh pako (ferns). In the summer we would pick farm produce (corn, camote and other root crops) including abaca hemp from local farmhands.

For giving them free use of the land, we divided farm produce two-way. We transported our share to the town proper by sea using a bamboo raft passing the shallow coastline.

A grade school classmate lived in Barrio Moning and come fiesta time, he would invite me to his place where all you could see were abandoned nipa huts and endless rows of rice land.

In one such abandoned nipa hut, young townmates did some merrymaking, with some of them proudly showing off their newly “baptized” private parts in a triumphant show of their new state of manhood. One such fellow grew up to become a lieutenant and, in the early ’80s, I read in the papers that he died in an encounter with Mindoro insurgents.

That rite of passage was memorable in the summer after grade school.

First-year high school found us in this battered building near a store that rented out Liwayway and Bulaklak magazines, including local comics.

Come recess time, male classmates would check the bandage on their private parts in a secluded part of the school where they thought nobody was watching—until they heard girls giggling in another room.

Once healed, they’d go swimming naked in that river behind our school. In those days, nobody thought of swimming in birthday suits as obscene.

Hiking from the barrio to the town proper passing along the coastline, it was common to see men jumping into the sea au naturel and enjoying the seawater with no hint of malice from island passersby. The sight was as natural as treading on the rice paddies back to town.

Some summers were highlighted by endless nighttime dancing. The dancing hall near the sea had an improvised fence and everybody was free to join. They reminded me of scenes from popular Fellini films. One summer, two sons of my godfather showed their skills in the new dance craze called Limbo Rock.

For me, some summers were memorable when the circus came to town.

A huge tent was put up in a vacant lot near the town hall and the main attraction was a woman named Jazmine who could walk on a wire and dance on it as if she were on an ordinary dance floor. That feat had grade-school children like us imitating her skill and, soon enough, you saw ropes tied in the backyard with kids trying to cross a distance on a rope.

There was a male singing sensation in the circus and a fan from the capital town followed him. They would make out at the back, and later emerge unmindful of the kids who got to watch an extra live “circus” treat.

But circus bands come and go, and when they left, I saw the fan in tears as she was told he was not sure when he was coming back.

Then one night, one saw another kind of treat.

My first feature film starring Tessie Agana as the martyr child was shown in a big house in the western part of the poblacion.

For me, it was an event. The film distributor was a man called Compuesto. Later in high school, my love for films was manifested at the only theater in the province.

The theater is long gone and I could only look at that solitary tree near the town mall where I used to catch my ride back to the hometown after watching a “double” treat.

Summer in the island was never the same again. —CONTRIBUTED