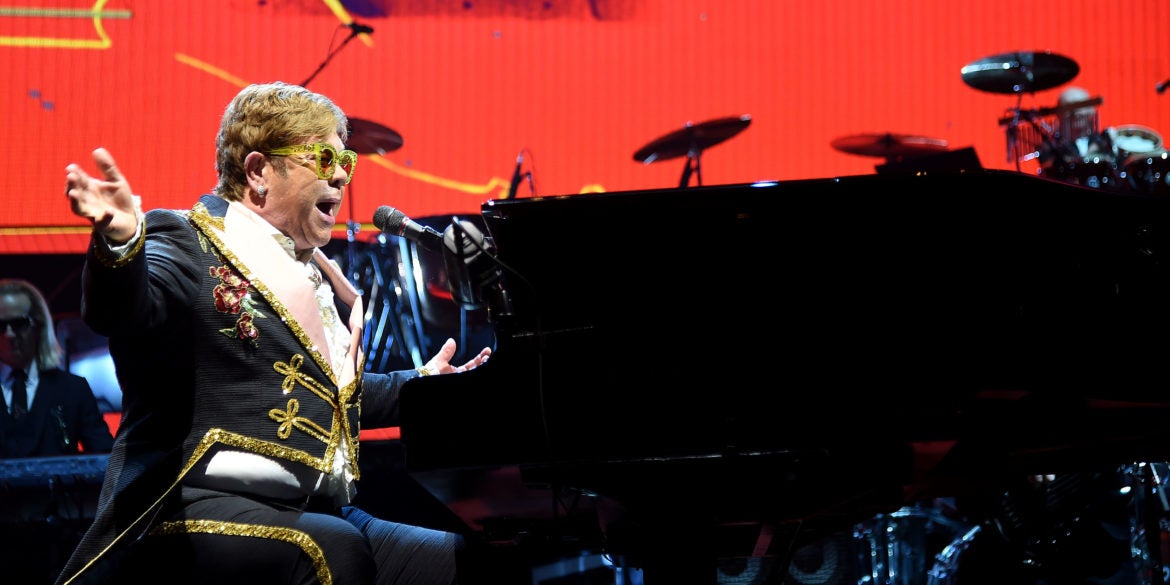 By: Javier Tovar via AFP

Elton John’s memories of his nearly five-decade career might not be perfectly clear, but they are his nonetheless.

And now, having been weaved together by director Dexter Fletcher, the world is going to see them.

After swooping in last minute to save “Bohemian Rhapsody,” which won four Oscars and two Golden Globes, the British director is moving on to another tale of musical legend: that of John in “Rocketman.”

Fletcher arrived on set for the Queen and Freddie Mercury biopic in late 2017, after original directer Bryan Singer — accused of sexual misconduct — was fired two weeks before wrapping up filming.

“It was coincidence, really,” Fletcher, 53, told AFP. “I worked on ‘Bohemian Rhapsody ‘a few years before: that version didn’t happen,” he added.

Fletcher was originally brought on as director in 2013 — but was let go over creative differences a year later.

“If things had gone the way they should have gone, we wouldn’t be talking about it… I did what I had to do but really my focus is always ‘Rocketman,'” said Fletcher.

Both Queen and John are familiar subjects for Fletcher, who as an actor is known for his work with Guy Ritchie on 1998 mystery “Lock, Stock and Two Smoking Barrels.”

“This music is the best of the 70s and 80s,” he said, adding his personal tastes swing in John’s favor. “When you get people in the theater and you have that great song that everyone knows and loves that there’s a great unifying experience.”

In “Rocketman,” those great songs are reinterpreted by Taron Egerton (“Kingsman”), who first appears on screen as the young Reginald Kenneth Dwight, John’s birth name.

Last week, Fletcher presented the film — which comes to US cinemas on May 31 — at CinemaCon in Las Vegas.

It walks the audience from boy Reggie’s first twinklings on the piano, to his teenage refusal to play music by “dead people,” his 1970 debut at Los Angeles’s Troubadour club — and his concerts at a filled-to-the-rafters Dodger Stadium five years later.

The trailer alone features such classics as “Your Song,” “Bennie and the Jets” and “Tiny Dancer” — but the movie itself reels through many, many more of the singer’s hits.

Fletcher insists the film is not “an official biography,” but instead an expression of John’s own memories.

The five-time Grammy winner — who has sold 300 million records — is listed as one of the film’s executive producers. His husband, filmmaker David Furnish, was also a producer.

“We are inside Elton’s memories of his life. And memories are fallible… things get mixed up and confused,” Fletcher said. “We’re not hemmed in, we’re not restricted by facts. We have the freedom of imagination, which is much more important for a movie.”

“It has been a freeing thing about Elton being our narrator.”

And while “Bohemian Rhapsody” faced criticism for avoiding the topic of Freddie Mercury’s sexuality, Fletcher insists “Rocketman” does no such thing with regard to John, who came out in 1988.

“Elton is a gay man and we know that, we know Freddie was gay,” he said.

“Elton’s first love is very key important moment historically, but also in our story. So no, we don’t shy away from that,” he added, describing the film, which contains sex scenes, as an “R-rated musical.”

John, Fletcher said, “talked about his thoughts, his ideas, but he was also very generous. He knew that we had to make it our own.”

“He gave us his blessing and the strength and the beauty to be honest. It’s real. It celebrates Elton and his life.”