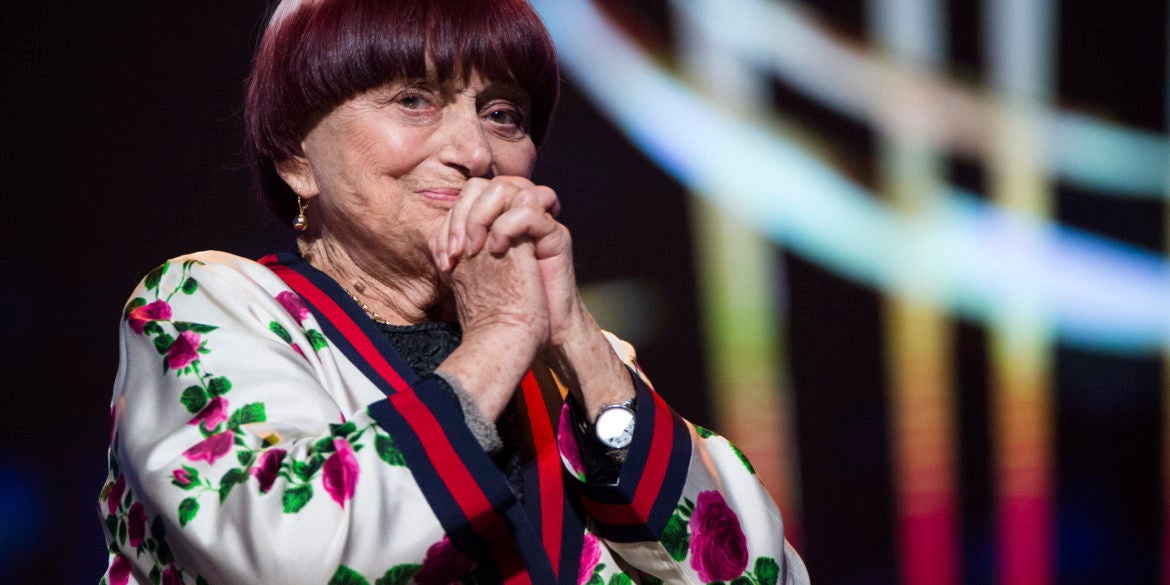 French movie legend Agnes Varda, who died last month, is the star of this year’s Cannes film festival poster unveiled Monday, perched on the back of one of her technicians.

The ever-playful director — who passed away on March 29 aged 90 — is pictured standing on the back of one of her crouching male crew to get a shot for her film, “La Pointe Courte.”

The arresting image could even be taken as a knowing comment on how the industry is finally bending to women’s will after the #MeToo movement.

The director is credited with inventing the French New Wave with “La Pointe Courte” in 1955, which was shot on the fly and on a shoestring in the Mediterranean port of Sete, where she grew up.

“Like a manifesto, this still photo sums up everything about Agnes Varda,” the festival said. “Her passion, aplomb, and mischievousness.

“Perched on the shoulders of an impassive technician, clinging to a camera… a young woman, aged 26, (is) making her first film,” it added.

The movie, starring Philippe Noiret, was shown at Cannes and helped spark one of the most influential movements in cinema history.

A festival spokeswoman told AFP that the identity of the technician is something of a mystery.

Varda, who later married fellow director Jacques Demy — the maker of “Lola” and “The Umbrellas of Cherbourg” — went on to win the Golden Lion at Venice for “Vagabond” and universal acclaim for her now classic documentary, “The Gleaners & I.”

Last year, she became the oldest person ever to be nominated for an Oscar for another documentary, “Faces Places”, having earlier picked up an honorary Oscar for her career.

She was awarded an honorary Palme d’Or at Cannes in 2015.

The world’s biggest film festival, which sees itself as the “Olympics of cinema”, will open next month with cult US director Jim Jarmusch’s “The Dead Don’t Die.”

The festival, whose jury this year is headed by the Mexican maestro Alejandro Gonzalez Inarritu of “Birdman” and “The Revenant” fame, runs from May 14 to 25.