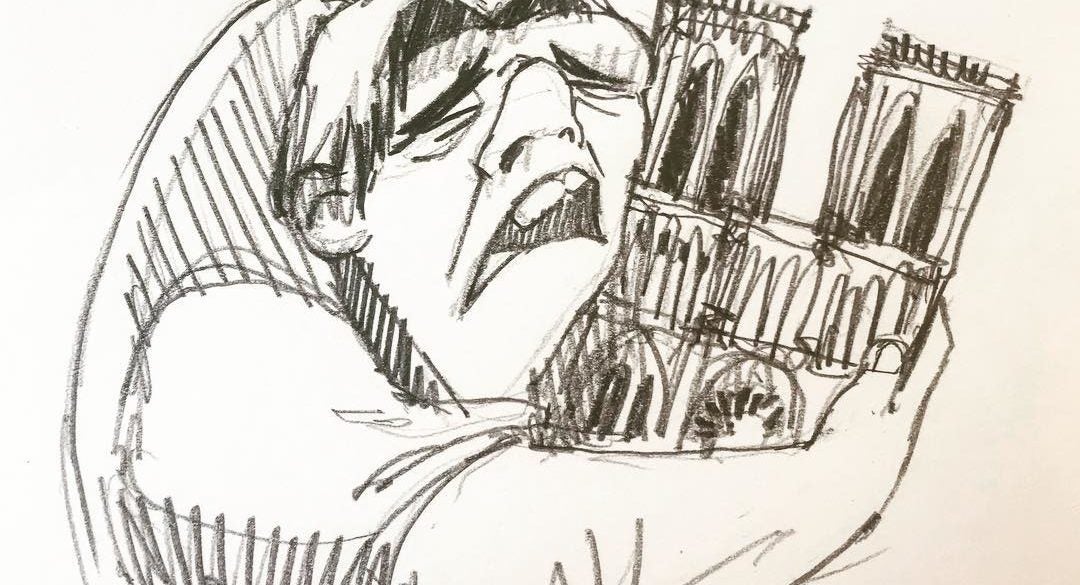 A catastrophic blaze that almost buried the whole Notre Dame Cathedral has caused lamentations across the globe.

The incident quickly made headlines Monday, April 15, and a lot of people mourned over the destruction of the 800-year-old treasure known for its enormity, antiquity and stunning French Gothic architectural features.

Paying tribute to the architectural loss, Cristina Correa Freile, an Ecuadorian artist, shared a heart touching sketch on her Instagram on Tuesday, depicting Quasimodo, the main protagonist of the novel “The Hunchback of Notre-Dame” by Victor Hugo, who was hugging the iconic edifice.

Aside from taking inspiration from the film, Freile said “[it also] reflects what the world feels like now, embracing this important and irreplaceable treasure.”

Other stirred social media users also shared their creative works as they expressed deep sadness over the ravaged cathedral.

Authorities are still investigating what caused the tragic incident, but according to French media reports, it is “potentially linked” to the cathedral’s ongoing renovation project on its spire.  /ra

Fire out but much work ahead for destroyed Notre Dame