In Sorsogon, a luxe beach house for families who like to surf | Lifestyle.INQ ❮ ❯ 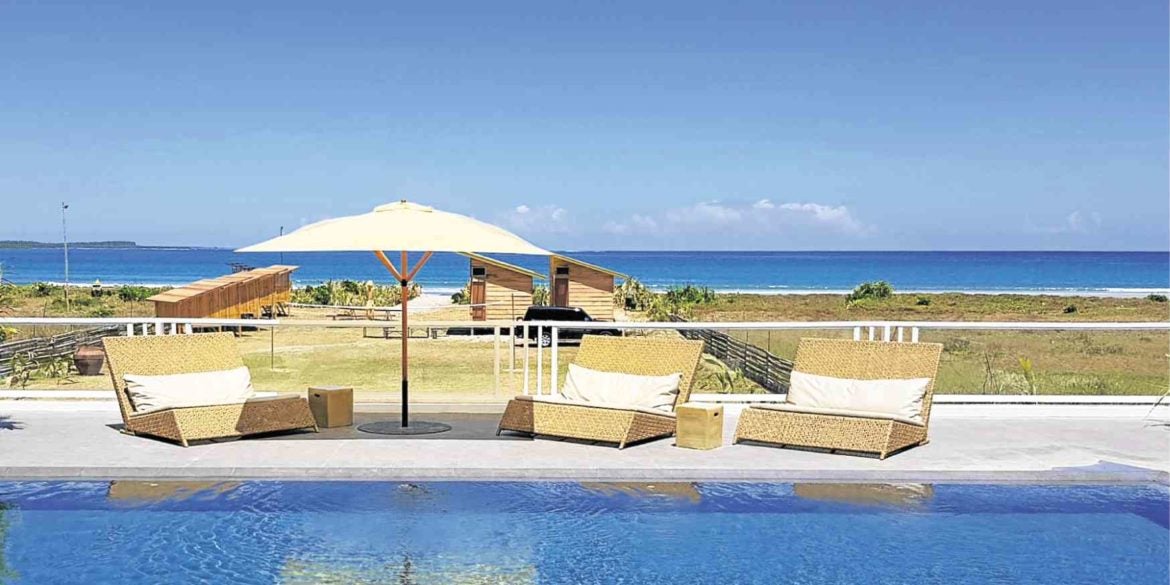 At Siama Surf, rooms have a view of the pool and the Pacific Ocean in the distance.

In Sorsogon, a luxe beach house for families who like to surf

Siama Hotel in Sorsogon is known for its beautifully designed guest rooms, jewel of a pool and lush, tropical surroundings. Industrial designer Milo Naval, with his wife Kat, led the charge in converting almost half of the 10-hectare copra plantation into a showcase of his design aesthetic.

From the lobby, one has a view of the pool framed by sliding doors with screens made of strips of sturdy rattan. Three long communal tables are hard to miss for their heft and polished, uneven edges. Naval says these were cut lengthwise from one acacia tree trunk and given a coat of protective lacquer.

Near the entrance are two plantation chairs (butaca) with woven rattan seats. The seats are wide and deep so you can stretch out or curl up with a good book.

Naval, who studied architecture at the University of Santo Tomas and took up interior design at the Philippine School for Interior Design, is a member of Movement 8, a group of Filipino designers whose aim is to promote Philippine design worldwide. His design of a hurricane lamp made with cowrie shells won awards and caught the attention of the foreign market.

Signature pieces are made of natural materials like abaca, raffia and water hyacinth woven to his specifications.

For Siama, Naval experimented with luktog, a tree found in the province whose wood he used as slats for the hotel facade and other public areas. He recently expanded Siama with a satellite property in the seaside town of Gubat.

Siama Surf, like the hotel, is still targeted toward families, as well as those who want to vacation by the beach or learn to surf.

“Surfing is an emerging hobby for young people in Gubat. They learn from the older surfers,” Naval said.

The stretch of Rizal Beach and Buena Vista Beach is also a popular destination for surfers, being less crowded.

Four years ago, he constructed an open-air pavilion on the beach where surfers could rest and get out of the sun. Now, there’s a beach house with seven guest rooms, four of them located in the main building.

All four rooms have balconies facing the Pacific Ocean, and a view of the pool. Nearby is another building with a dorm-style room with bunk beds that can accommodate 12.

There are also two cabins close to the shoreline for those who want to be lulled to sleep listening to the waves.

“Siama Hotel guests can extend their vacation by staying at Siama Surf. They can choose to lounge by the beach, get their kids to learn to surf, fly a kite or take a tour of the nearby towns of Prieto Diaz, Barcelona and Bulusan,” Naval said.

Hotel guests can avail of transfers to and from Siama Surf, which is 20 minutes away. Out-of-town guests who book rooms at Siama Surf can be brought to the satellite property directly from the airport.